It is hard to imagine The Bronx having any sort of downtime. This is, after all, the band responsible for living one of the most disparate double lives in contemporary music, going between the fervour of their big-swinging punk anthems and the triumphant Mexican folk fanfare of Mariachi El Bronx. Even with several years removed from each of their respective albums, the two continued to tour in tandem right up to last year.

It is hard to imagine a highway anywhere in the world without either version of the band tearing it up – and yet, for The Bronx’s fifth album to become a possibility, it was vital that the dust settled momentarily. “When we know we’re going to bunker down and make a record, it’s really important that we set aside time to focus on writing it,” explains Matt Caughthran, the band’s lead vocalist and lyricist.

“For us, we can’t focus on anything else – it’s all gotta get shut down as we block out a chunk of time to write it and then a chunk of time to record. Phones off, computers off, TV off… when it’s time to work, it’s time to fucking work, y’know what I’m saying? I know it sounds intense, but it’s honestly one of my favourite parts of being a musician. I love diving right into that process – I love everything about it. I love navigating the direction of each record that I make, seeing where I want it to go. For me, it’s really awesome to see something like that through.”

The band’s fifth self-titled album – otherwise known as Bronx V or BRVNX – was recorded in the first half of 2017. It is the first recording in the band’s 15 years to not feature founding member Jorma Vik. The drummer quietly departed from the group in 2016 after four Bronx records and three Mariachi records. His replacement is David Hidalgo, Jr., son of the famed Los Lobos frontman. Hidalgo has played with the likes of Social Distortion, Chuck Ragan and Fu Manchu over the years. Having worked with the band on Mariachi El Bronx music in the past, his inclusion was a no-brainer.

“Everyone in the band has known Dave for awhile, but I’ve easily known him the longest,” says Caughtran. “We go all the way back to high school – my first-ever girlfriend as a teenager was a cousin of his. Obviously, he’s an absolutely incredible drummer, but he’s also a really great friend. He really, really stepped up to the plate on this record. On every single song, he is just drumming his arse off. I’ve always considered the drumming in this band to be a real driving force – Jorma was just phenomenal. We needed somebody with style, who could play and who really brought their own sound to the table. I feel like we found that in Dave.”

Behind the boards for the album was Rob Schnapf, who was finally getting his chance to work with the band following a shuffle in production duties for The Bronx’s third LP. Having previously worked on records by the likes of Elliott Smith, Beck and even Australia’s own Powderfinger, Schnapf came to The Bronx with decades of experience in a multitude of genres – and, according to Caughthran, it really rubbed off on them. “Rob was the perfect guy for this record,” he says.

“He’s always the kind of guy who’s right here whenever you need him. Whatever sound you’re after, whatever idea you’re chasing, he’ll be the one who gets it over the line by going that little bit extra for it. He makes every song feel special. Not only is he an amazing guitar player, he also knows how to make everything sound incredible. This is my favourite sounding record that we’ve ever done, and that’s absolutely up to him. He made this whole thing fun – I don’t think we’ve had this much fun as a band since maybe the first El Bronx record, or even the very first Bronx record. I can honestly say none of the songs on this record were a pain in the arse to make.” Caughthran laughs, concluding, “that’s a first.”

The Bronx V is out now through White Drugs/Cooking Vinyl. The Bronx are touring Australia in October and November. 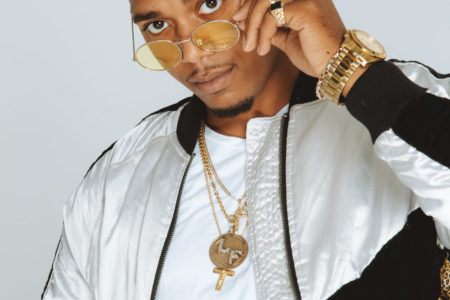 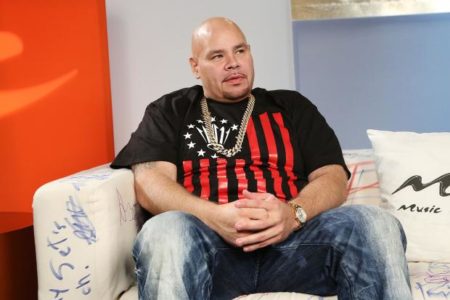