To a geologist like me, it was most notable by its absence in the political campaigns that lurched to their conclusions in November. I’m talking about an energy plan with real teeth, one that addresses everything from national security to the cost of energy to greenhouse warming of the planet.

The best-known geologist in the country is T. Boone Pickens. He has been in the energy business for decades – he is now in his 80s – and he is still tirelessly devoted to pointing out to all who will listen just how much it costs us to not have a meaningful national energy plan. I recently listened to one of his lectures on the subject courtesy of the TED talks hosted on an Internet site.

Pickens points out that there are 12 aircraft carriers in the world. One is being built by China, the rest belong to the U.S.  Our 11 aircraft carriers are divided between their homeports and being stationed in the Middle East. They are there to keep the shipping lanes open for Mideast petroleum.

Pickens says that since 1976 the world has spent $7 trillion on OPEC oil. That has been the cost of the fuel and the cost of our military involvements in the region. He says it is the largest single transfer of wealth the world has ever seen.

OPEC is led by oil giant Saudi Arabia. It is sometimes said that the cost of producing a barrel of oil in Saudi Arabia is only about $5. But Pickens says the Saudis feel they need $94 a barrel to meet their social commitments, the goods and services they fund with their oil sales. And the world essentially pays what the Saudis decide they need, Pickens maintains.

Across the world we spend so much because our dependence on petroleum is so real. Here in the U.S. we use about 20 million barrels of crude per day. (The world as a whole uses about 89 million barrels each day, so we weigh in using a considerable fraction of that total.) In the U.S. we produce about 8 million barrels – the rest is imported from a number of places with 5 million coming from OPEC.

Pickens like to say that petroleum is dirty, expensive and “theirs.” What he promotes is U.S. energy – namely natural gas. As he likes to point out, gas is 25 percent cleaner than oil, it’s abundant, and it’s “ours.”

“Natural gas will do everything we want it to do,” Pickens says. “It comes out of the ground at 130 octane.”

Pickens believes industry estimates that in the U.S. we have 4,000 trillion cubic feet of natural gas. That’s the equivalent of three times the petroleum the Saudis claim they have.

“We have plenty of natural gas,” Pickens says.

And the price of natural gas has fallen. Pickens knows that more than many of us because he bet big on wind power for electrical power generation in Texas and the Great Plains. He lost $150 million because the price of natural gas fell to such low levels wind power simply could not compete with natural gas powered generating plants. I do not know about you, but I respect a man who can cheerfully discuss the fact he lost $150 million.

One part of an energy plan that could helps us, Pickens maintains, is switching our fleet of 8 million 18-wheelers from diesel fuel – which comes from petroleum – to natural gas. Yes, natural gas can power a big truck, that’s not a problem. And if we converted our trucks to natural gas, we’d save 3 million barrels of petroleum per day – a large fraction of what we have been importing from OPEC.

“If we could do that, I think we would take our first step to an energy plan,” Pickens says. “If we did, we could see that our own resources are easier to use than anyone can imagine.”

I agree with Pickens that natural gas can be a bridge fuel, taking us from where we are now – with heavy dependence in our transportation sector on petroleum – to a cleaner future and one with more energy independence for the U.S. That is as good an energy plan as I heard put forward during the long campaign season just ended. 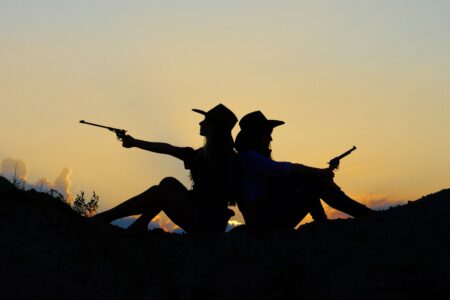