On Sunday, July 12, 2020, the office of Bronx Borough President Ruben Diaz, Jr., in collaboration with The Bronx Tourism Council and BronxNet will debut the telecast of “The Best of The Bronx Summer Concert Series.”
Originally slated to take place from July through August at “The Bronx Riviera,” due to the gathering restrictions caused by the CoViD-19 pandemic, BronxNet will air the best performances from The Bronx Summer Concert Series Salsa Fest that have taken place over the years.

“The Bronx has such rich musical history,” said Bronx Borough President Ruben Diaz Jr. “As the birthplace of so many genres, from doo-wop to hip-hop to salsa, the ‘The Bronx Summer Concert Series” has always had a special place in my heart. Orchard Beach’s Salsa Fest beautifully captures the unique flavor that makes the Bronx “El Condado de la Salsa,” and while we would have loved to have hosted our 5th Annual Bronx Summer Concert Series, the safety of our residents takes priority as we continue to work together to not only flatten the curve, but eliminate CoViD-19.”

Over the past five years, The Bronx Summer Concert Series has featured a wide-ranging variety of legendary artists – from The Mambo Legends Orchestra to Los Hermanos Moreno, as well as the best local talent and Bronx dance teams.

The virtual “Best of The Bronx Summer Concert Series” will be televised on BronxNet TV (channel 67 on Optimum / channel 33 on Verizon Fios) and streaming on BronxNet.TV every Sunday, from July 12 to August 30, 2020, launching with the 2018 Kickoff featuring N’Klabe and Coro.
BronxNet’s lineup includes:

“I want to thank The Bronx Tourism Council and BronxNet for helping put together these telecasts, showcasing the best performances that have made Orchard Beach a must-see summertime destination spot, not just for the borough but for the entire city of New York,” said Borough President Diaz, Jr.

“We look forward to celebrating Bronx Salsa Fest together in the future, but in the spirit of keeping our brand alive, we are also offering some virtual activities in addition to the previous concerts being aired,” said Olga Luz Tirado, Executive Director of The Bronx Tourism Council. “Though, for now, we are keeping a safe distance, I am confident that we will dance together again!”

“BronxNet broadcasts programs that celebrate The Bronx as a cultural capital and nexus of the arts, said BronxNet Executive Director Michael Max Knobbe. “Through our longstanding partnership with the Bronx Borough President and The Bronx Tourism Council we are proud to broadcast the Bronx Summer Concert Series on BronxNet TV.” 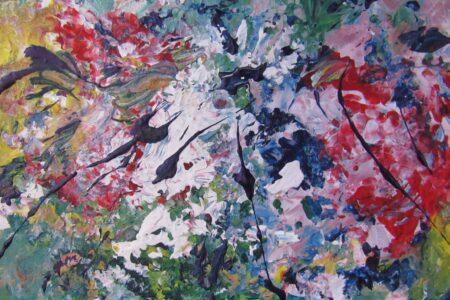