The leadership of the America First Policy Institute (AFPI) provided the following reactions and insight into the state of America one year into the Biden Administration:

“President Biden’s economic policies have reversed the V-shaped recovery of the Trump Administration. And yet, even today, the Biden Administration continues to disincentivize work and fails to address our Nation’s crippling supply chain. Due to record inflation levels, those who are fortunate enough to have a job are seeing the value of their hard-earned paychecks diminish. To top it off, President Biden has attempted to force millions of Americans to choose between their livelihoods and their medical privacy through tyrannical vaccine mandates. President Biden had the opportunity to take advantage of the roaring economy that the Trump Administration gave him. Instead, he has done everything in his power to ruin it.”
Linda McMahon, Chair of AFPI’s Board of Directors and Chair, Center for the American Worker

“President Biden’s radical, left-wing, big government socialist policy agenda has collapsed, and his presidency is unravelling. His polls have plunged as the American people have lost confidence in his executive ability and his honestly. Mr. Biden has been selling a product that voters do not want to buy. Poll after poll shows that voters are worried about inflation, CoViD-19, crime, groceries on the shelves, affordable gasoline and home heating energy, parenting in the schools, and illegal immigration. Biden has been on the wrong side of every one of these issues. Now he’s pushing a highly partisan and racially divisive national election takeover bill that has no support. But the good news is the GOP cavalry is coming. Save America, kill the bill.”
Larry Kudlow, AFPI’s Vice Chair of the Board and Chair, Center for American Prosperity

“In his Inaugural Address just a year back, Biden said, ‘I understand that many Americans view the future with some fear and trepidation.’ He meant it as a condescending line toward his political opposites, but as sometimes happens with this president, he was accidentally right. Many Americans view the future with some fear and trepidation—because he is in charge. Just look at the record of the past twelve months: an American war shamefully lost, inflation roaring at the highest level in forty years, a pandemic still unbeaten despite every promise, national division soaring, and more. All that in the first year. What’s next?”
Brooke L. Rollins, AFPI’s President & CEO

“The Biden Administration’s failed border security policies have resulted in the worst self-inflicted crisis on our Nation’s southern border ever. More illegal aliens, including vulnerable populations such as children, are being smuggled and trafficked in numbers we have never seen before. The construction of an effective border wall system was stopped in its tracks while we see a record-high number of illegal narcotics in our communities. Now is the time for presidential leadership, but instead, all that Americans are seeing is failed policies.”
Chad Wolf, AFPI’s Executive Director and Chief Strategy Officer, and Chair, Center for Homeland Security & Immigration

“So far, the Biden Administration has been a disaster. They seem to believe that there is no problem that more government regulation cannot solve, but their failure to competently and lawfully implement the law is jaw-dropping. From stifling domestic energy production to making auto manufacturing more expensive, the Biden Administration has worked overtime to increase red tape and costs on American consumers. The result is unprecedented inflation and empty store shelves.”
David Bernhardt, Chair of AFPI’s Center for American Freedom

“In 2016, then-candidate Joe Biden told voters he represented “the rule of law and our Constitution.” Now, 1 year into his presidency, President Biden is enforcing obtrusive and lawless policies that violate American’s most basic rights. From imposing an unconstitutional federal vaccine mandate in the workplace to working in lockstep with social media to violate Americans’ First Amendment rights and creating “workarounds” to enforce policies that interfere with individual liberty—there has never been a time when our Nation’s founding principals have been at such grave risk of being dismantled. Our Constitution was founded to prevent oppressive government and to ensure American’s freedoms, and those are the values we will work to uphold.”
Pam Bondi, Chair of AFPI’s Constitutional Litigation Partnership and Co-Chair, Center for Law and Justice

“The Biden Administrations’ policies have taken a toll on the most underserved Americans; socially, economically, and spiritually. We must continue to pray for the health and well-being of our president while standing up for the God-given rights that this Nation was founded on.”
Jack Brewer, Chair of AFPI’s Center for Opportunity Now

“The Biden Administration failed to deliver on its promise to end the CoViD-19 pandemic quickly and failed to maintain the robust state-federal partnership that the Trump Administration established with State leaders. The Trump Administration chose to empower state leaders and took the steps necessary to listen to their needs, including frequent calls between President Trump, Vice President Pence, and our Nation’s governors. The lack of robust state-federal collaboration is one reason the Biden Administration has been so slow and off-target throughout their first year in office. Look no further than the lack of adequate testing or their unconstitutional vaccine mandate.”
Doug Hoelscher, AFPI’s Chief Operating Officer

“After promising to ease polarization by reaching across party lines, the president insisted on pushing his $1.9 trillion CoViD-19 relief bill, the American Rescue Plan Act, through the reconciliation process on a party-line vote. He didn’t negotiate with the 10 Republican senators who offered to compromise. This set the stage for Build Back Better, an expansion of the welfare state that would dwarf Obamacare.”
Bobby Jindal, Chair of AFPI’s Center for a Healthy America

“The Biden Administration’s failures on the world stage have imperiled Americans’ security, diminished America’s credibility and standing, and destabilized the world in unprecedented ways. President Biden’s handling of the withdrawal from Afghanistan was predictable and preventable had he and his team adhered to the plan we put in place during the Trump Administration. Instead, he directed a time-based withdrawal instead of ours that was conditions-based for political purposes and failed to consult with close allies.

“He and his team made poor tactical and strategic decisions during the withdrawal. These blunders—for which neither he nor his team have yet been held accountable—resulted directly in the deaths of 13 American service members and many Americans still left behind in the country, and in the loss of a country where we had fought for 20 years.

“President Biden failed to consult a key ally, France, before entering the United States into the Australia-UK-US nuclear submarine agreement—a blunder that led France to recall its ambassador to the United States for the first time in history.

“President Biden’s efforts to woo the Iranian government back to the 2015 JCPOA allows Iran to continue its pursuit of nuclear weapons without accountability, even encouraging its leadership to make demands on the United States for relief of sanctions while refusing to meet directly. Iran has seized this opportunity to unleash its proxies on America’s partners in the region, with Hamas attacking Israel in May and Houthis mounting attacks on Saudi Arabia and the UAE.

“Biden’s lifting of Nord Stream II sanctions that President Trump put in place is bearing fruit today, with Russia amassing troops and all but likely to enter Ukraine (according to the Biden Administration’s own admission, within the next several weeks). We should never have let this happen and should not be in this situation.

“President Biden has failed to stand up to America’s top nation-state threat, China—squandering a virtual summit to produce no agenda items—and has taken no action to hold it accountable for its management or communications of CoViD-19. Today, China has flown countless sorties over Taiwan as it prepares to host the Olympics in Beijing, where it will surely use the platform to lecture the U.S. further.

“Kim Jong-Un has launched several missile tests over the last month and is newly testing the Biden Administration’s resolve, knowing it will not respond.

“What America’s adversaries have done so far is just the tip of the iceberg in terms of their intentions and opportunities if left unchecked. Seeing President Biden’s performance over the last year, they know he is unlikely to respond. And if Russia’s plans regarding Ukraine materialize, that will validate their assumptions in dangerous ways.”
Lt. Gen (Ret.) Keith Kellogg, Co-Chair, Center for American Security

“The Biden Administration is off track with the heartbeat of America. By misinterpreting the teachings of Rev. Dr. Martin Luther King, Jr., and suggesting that we should govern according to skin color rather than character; by supplanting the recommendations of the Carter/Baker Commission with racist “voting rights” legislation; and promoting the inflammatory strategy of expanding the teaching of CRT in schools, while hiding its racist origins, Biden and his administration has sought to separate Americans by the color of our skin. This behavior is offensive and un-American!”
Dr. Alveda King, Chair of AFPI’s Center for the American Dream

This administration vilifies the fossil fuel industry one day then pleads for its help the next. It begs OPEC to pump more oil while restricting our domestic supply at home. It green-lights pipelines to benefit Vladimir Putin while blocking pipelines that would benefit the United States and our allies.

As Secretary of Energy, I met with leaders in over 30 countries who looked to America first to be their energy partner and ally. As one of the world’s leading energy producers, we were a stabilizing force of our own and no longer beholden to OPEC. Under Joe Biden, that is sadly no longer the case. Instead, he deployed John Kerry, the climate colonialist, around the world to thumb his nose at our allies, culminating in COP-26-an epic failure with no tangible results or solutions. We are seeing the consequences of this disastrous energy foreign policy play out in real-time today, where Russia is literally threatening to invade Ukraine while restricting Europe’s gas supply. The EU and the United States are powerless to stop it thanks to Joe Biden, who surrendered all leverage we had by allowing Nord Stream 2 to move forward. This administration continues to be silent about the American LNG industry, which the International Energy Agency director recently described as a “lifesaver” for Europe. Once again, the only beneficiary of this silence is Russia. The damage Joe Biden has done in just 1 year is stunning. Thankfully, Americans will soon have the chance to change course.
Rick Perry, Chair of AFPI’s Center for Energy Independence

“The Biden Administration has made it very clear that the academic well-being of American children is not a priority. Instead, they have prioritized the will of teachers’ unions over families by continuing to fight against school choice and doing nothing to prevent school closures furthering the loss of academic advancement amongst some of our Nation’s most vulnerable communities. President Biden’s team has pushed the teaching of Critical Race Theory and even labeled parents who protested this as “terrorists.” The president has also supported mandatory masking of American students and mandatory vaccinations for teachers, which is a grave violation of the spirit of American freedom. This disastrous year has made it clear that the Biden Administration thinks it knows what is best for your children—and you do not.”
Scott Turner, Chair of the Center for Education Opportunity 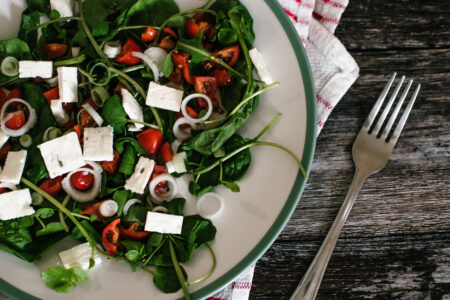 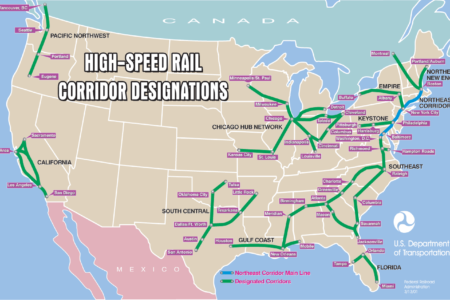 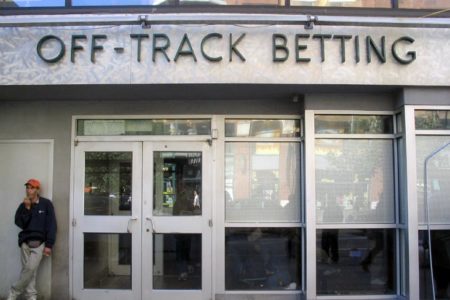