New York Attorney General Letitia James, as part of a coalition of 19 attorneys general, today took legal action to support efforts to immediately block a new Trump Administration regulation that arbitrarily and dramatically increases fees for immigration-related applications. As part of the rule, the Trump Administration — for the first time in U.S. history — will impose fees on asylum applications for those fleeing violence and persecution. In today’s amicus brief — filed in support of the plaintiffs in Immigrant Legal Resource Center v. Wolf — the coalition highlights the chilling and potentially dangerous effects the arbitrary fee increases will have on both immigrant families and the states, and urges the court to grant a preliminary injunction to halt the regulation.

“This regulation is just another xenophobic attempt by the Trump Administration to keep immigrants out of the country,” said Attorney General James. “Most asylum seekers come to the U.S. with hardly anything in their pockets, having quite often used every dollar to flee persecution. But despite these obstacles, most of these immigrants are still able to build incredible lives for themselves and their families. The American Dream does not have a wealth test, which is why we will continue to fight the president’s continued assaults on these groups.”

On Thursday, August 03, 2020, U.S. Citizenship and Immigration Services (USCIS) published a final rule that dramatically increases its fee schedule for a wide range of immigration-related applications, including citizenship and asylum. The rule raises fees for many crucial applications by as much as 30 to a whopping 546 percent. It imposes these new costs while also eliminating fee waivers that have traditionally allowed lower-income immigrants to become fully integrated U.S. citizens and lawful permanent residents. For example, the cost of the fee application to become a U.S. citizen has skyrocketed under the rule from $640 to $1,170, an 83 percent increase. For qualifying family members of a victim of crime who receives a U-visa, the application fee has risen astronomically from $230 to $1,485, a 546 percent increase. In promulgating the rule, USCIS failed to adequately justify the changes and instead unlawfully allocated fee increases in a manner that disproportionately burdens low-income applicants. Ultimately, the rule is an unprecedented attack designed to limit access to immigration and the citizenship application process.

In the amicus brief, the coalition asserts that the rule:

Separately, but relatedly, Attorney General James, earlier this year, fought the Trump Administration’s efforts to deny green cards and visas to immigrants who are likely to use government assistance programs, including those providing health coverage, as well as challenged a presidential proclamation imposing health care insurance requirements on immigrant visa applicants.

MTA Employees Commended For Saving The Life Of A Subway Rider 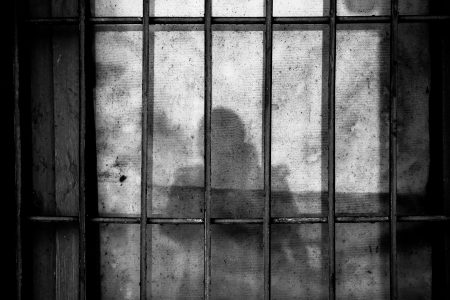 Kier Boneparte, 22, Arrested On Multiple Charges Related To The Death Of Djeneba Magassa, 1