In an article every international investor should read, in this week’s Barron’s Reshma Kapadia outlines a very compelling case for a continuing deterioration of US/China relations. And a deterioration which will be extremely negative for US China investors. She forecasts that coming legislation and pressure from China hawks focused on human rights and national security interests just might “dissuade companies and investors from allocating resources to the second largest economy in the world and a major source of growth.”

I would put things another way. The yahoos from both parties—many of whom hate Wall Street and the tech sector—are not going to care what damage they do to American investors or tech companies with their punitive measures against China.

I add two additional forecasts. First, the US will boycott the Winter Olympics to be held in China in February 2022. Jimmy Carter is reputed to have said the Russian Olympic boycott was his worst decision. But no matter. The China haters will go all out on this. And they unfortunately will get their way. The boycott announcement will come after the Tokyo Summer Olympics. Announcing before that would give China the opportunity for a revenge boycott against America’s Japanese ally.

The second forecast is that a Chinese invasion of Taiwan will become more likely as the US piles on the insults and imposes embargoes on tech products. It looks now like the US is deliberately provoking a Chinese invasion. The latest visit to Taiwan by so called US “envoys” is an example. The US has arrayed a massive armada of weapons and ships along the China coast. It is ready and eager for war. But China remembers the Korean Civil War where China fought the mighty US and took staggering losses. The Chinese still think they won!

So who is guilty of genocide?

The dictionary defines genocide as “the deliberate killing of a large number of people from a particular nation or ethnic group with the aim of destroying that nation or group.” Based on what are flimsy allegations and no real evidence, both the Trump and Biden Administrations have accused China of genocide against its thirteen million Muslem Uyghur population of its western Xinjiang province. China’s actions against the Uyghurs may be overly harsh by Western standards but they do not fit the definition genocide. Ignored are the facts that the Uyghurs have engaged in numerous terrorist acts in China and that Moslem nations have not criticized China. In righteous indignation, the US and the sanctimonious West has initiated boycotts of Xinjiang cotton.

While the US pretends moral indignation, its real objective is to impede the growth of China. In his first press conference, President Biden said disapprovingly that China has the goal of being the wealthiest and most powerful country in the world. “That is not going to happen on my watch,” Biden said. As if China did not have the right to make its people wealthy and realize its country’s full potential. Remember there are 1.4 billion Chinese vs 330 million Americans. If there is a race to the global number one spot, in a fair and peaceful world it is China’s to lose.

Back to genocide. Beginning in 1900, the US has a record of massive killing of populations in Asia and the Middle East. The US might argue that it did not have the aim of killing a particular nation or group and therefore it was not genocide. All the civilian deaths for example were simply “collateral damage”. Very comforting.

Here is a brief compilation of the US killing record in Asia and the Middle East. In most cases not all the deaths can be directly attributed to America since, as in Vietnam and Iraq, the local resistance to the American invasion accounted for many deaths. But arguably these wars would not have happened at all or would have been substantially shorter had US not invaded.

New Vaccination Site At The American Museum Of Natural History 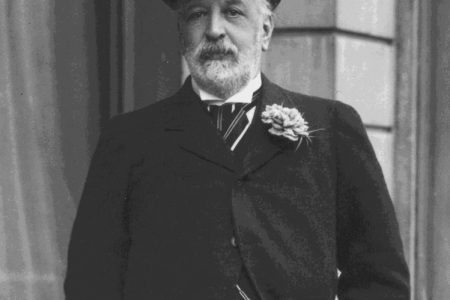