Agreeing to share data on millions of dollars it has seized through civil forfeitures, the New York City Police Department reached a settlement Monday that brings transparency to a program shrouded in secrecy.

The nonprofit advocacy group Bronx Defenders fought for nearly four years to wrest this information from the NYPD, spending two of those years in litigation under the state’s Freedom of Information Law.

“Until today, the impact of the NYPD’s seizure of property and cash has only been seen and felt by the low-income people of color it routinely affects, like our clients in the Bronx,” the group’s legal director Adam Shoop said in a statement.

“This settlement will change that,” he added.

In 2016, the NYPD reported keeping $7.1 million in revenue from seizures, and the department did not report a figure the next year. Police estimated that amount would grow to $8.25 million and that the figure would hold for 2018.

Bronx Defenders credits its litigation for the sliver of transparency over the program so far.

Documents that the group obtained under Freedom of Information Law show that the NYPD retained $6.3 million through so-called “unclaimed” cash and property sales, and only $1,508 through civil forfeiture actions.

“Basically, they’ve never demonstrated their legal right to hold onto the money,” Shoop said in a phone conversation.

Shoop added that, in some cases, the ability to contest the NYPD’s possession of that money may have passed because of the passage of time.

“The recourse if you miss those deadlines is extremely limited,” the attorney said.

When the Bronx Defenders receives the 160,000 records on vehicles, phones and seized cash, Shoop said, the group will review the possible next steps for their primarily low-income clients.

“Depending on what the data shows, we’ll be looking to eliminate what the obstacles and issues are,” he said.

Those records will come from the Property and Evidence Tracking System (PETS), a whopping $25 million database highlighted in this lawsuit.

At a hearing late last year, a city lawyer suggested that the pricy PETS software did not have a backup for the information.

The NYPD now disputes that the information was so precarious.

In addition to proceeds of the NYPD’s own forfeitures, an audit by the U.S. Department of Justice’s Office of the Inspector General found in 2014 that the city received another $14 million through an arrangement called the Equitable Sharing Program that allows federal law enforcement to share seized assets with their local counterparts.

Shoop said that the settlement signals new transparency over this money.

“Our lawsuit grew out of the lack of basic information around the millions of dollars of property that the NYPD seizes during arrests, like how much is being seized, how much is kept as revenue, and how much is being returned,” he said. “We are pleased that this settlement will finally help answer those questions and bring New Yorkers the transparency and reform they deserve.” 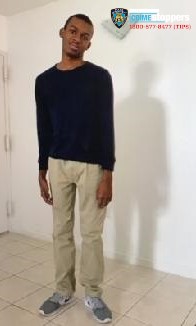