Governor Andrew M. Cuomo today announced the nomination of Sarah E. Feinberg as Board Chair and the appointment of Janno Lieber as the CEO of the New York Metropolitan Transportation Authority. Pat Foye, who has led the agency as President as well as Chairman and CEO for the past four years, will leave the agency July 30, 2021 and will step into a new role as Interim President and CEO of Empire State Development.

Feinberg would be the first woman to serve as MTA Board Chair and take the post after leading New York City Transit through the worst public health crisis in over a century. Lieber will serve as CEO effective July 30 after shaping the agency’s historic $51.5 billion capital plan and driving the agency’s robust construction efforts during the CoViD crisis as President of MTA Construction & Development.

The Chair and CEO will work in close collaboration and partnership to oversee the strategic direction of the agency.

“Sarah, Janno and Pat are not only fiercely dedicated public servants, but proven leaders who kept the metropolitan region’s transportation network operating efficiently through the worst public health crisis in a generation, and thanks to their tireless efforts, our essential workers were able to get to their destinations and help save lives,” Governor Cuomo said. “Moreover, they oversaw and pushed through historic change and construction progress across the MTA, giving the system the upgrades that will better serve riders for generations. On behalf of all New Yorkers, I thank all three of them for their ongoing service and have full confidence they will continue to work their hearts out in their new roles.”

Sarah Feinberg, incoming MTA Board Chair, said, “I am thrilled to be stepping into a position that allows me to continue to play a significant role in how our subway and bus systems operate, but to also have even more of an impact in shaping the future of the agency, and of transportation in this city and region. There should be no higher priority than ensuring we are doing all we can to bring ridership back – and as ridership comes back, so will the city’s economic recovery.”

Janno Lieber, incoming MTA CEO, said, “The CoViD crisis proved – once again – that mass transit is New York’s linchpin, in good times and bad.  Now we need to keep building a system that connects people from all communities to jobs, education and opportunity. I look forward to taking on this important new role and to lead MTA in support of the New York City region’s economic revival.”

Pat Foye, incoming Interim President & CEO of Empire State Development, said, “I am proud of the way the MTA prepared for and responded to the pandemic, and the way our heroic employees – heroes moving heroes – carried first responders and essential workers to the frontlines to do their jobs. I am also proud and grateful for the extraordinary amount of federal CoViD funding we advocated for and received to support a stronger MTA, building on the fiscal efficiencies we implemented and the successful approval of Central Business District Tolling. I know the strong gains we have made will continue under Sarah and Janno’s watch. I look forward to serving as Interim President and CEO of Empire State Development and working with Chairman Steve Cohen to continue innovating in support of New York’s post-pandemic economic recovery.”

Eric Gertler, current Empire State Development Acting Commissioner and President & CEO-designate, said, “I am very proud of the extraordinary accomplishments Empire State Development has been able to achieve during one of the most challenging periods in our State’s history.  It has been a great privilege to work for Governor Cuomo and serve the people of New York, and I look forward to contributing as a member of ESD’s board.”

Empire State Development Chair Steven M. Cohen said, “Throughout the CoViD crisis, the incredible team of public servants at Empire State Development led by Eric Gertler was at the forefront, making sure hospitals and first responders across New York had the resources they needed to serve the people and making sure the economy of the state weathered the unprecedented storm. While Eric will remain in place into the summer, it is important to note that as our CEO and President, Eric served heroically providing leadership and guidance during a time of extraordinary challenges. As New York makes its comeback, under Eric’s guidance, we have started seeking out the opportunities that will jumpstart regional economies and to reimagine how best to invest in New York’s future. We anticipate and welcome incoming Interim President Pat Foye into our ESD family. Pat is a tested leader who guided the MTA through its reform and through the worst days of the pandemic.”

Feinberg has served as Interim President of New York City Transit since March 2020, where she led the agency’s 53,000-person workforce through the CoViD crisis.

During her time as Interim President, and recognizing the importance of riders returning to transit, Feinberg has relentlessly focused on ensuring service, safety and security for customers and transit workers. Throughout the pandemic, as other transit agencies scaled back service dramatically, NYC Transit maintained significant levels of subway and bus service.

Feinberg and her leadership team at Transit also launched the successful family liaison program, focused on caring for the families of MTA employees lost to CoViD and the distribution of CoViD family benefits. Under Feinberg’s leadership, NYC Transit also launched a first-of-its-kind memorial honoring those lost colleagues, which drew national praise. Feinberg has also focused on the culture of transit in the New York Metropolitan region – launching a program with social media influencer NY Nico, which brought iconic voices to subway announcements.

Prior to her work at NYC Transit, Feinberg was the second woman in history to lead the Federal Railroad Administration, which acts as the sole safety regulator of the U.S. rail system. Feinberg also previously served as Chief of Staff at U.S. DOT and Special Assistant to the President and Senior Advisor to White House Chief of Staff Rahm Emanuel. Feinberg has also spent time in the private sector, as President of Feinberg Strategies, LLC and at Facebook and Bloomberg, LP.

Feinberg holds a B.A. from Washington and Lee University.

Lieber currently serves as President of MTA Construction & Development, an 1,800-person organization he built from the ground-up. Lieber oversaw the approval of the groundbreaking $51.5 billion 2020-2024 Capital Program. He successfully managed the on-time and on-budget completion of the L Train Tunnel Project, the Long Island Rail Road Double Track, the historic completion of 11 ADA stations in 2020, and the rehabilitation of the F-line Rutgers Tube in record time – the last of the Superstorm Sandy-damaged subway tunnels.

His portfolio includes ongoing megaprojects like East Side Access, the $2.5 Billion LIRR Third Track project, Metro-North Penn Access (which will add four new stations in the East Bronx), Penn Station reconstruction and expansion, and Phase 2 of the Second Avenue Subway, which will extend the line through East and Central Harlem.

Lieber also helped spearhead the agency’s successful efforts to secure $14 billion from the federal government in the face of the pandemic-induced financial crisis.

Prior to his work at MTA, Lieber served as President of World Trade Center Properties for 14 years where he managed the multi-billion-dollar development of Silverstein Properties’ projects at the World Trade Center. Before that, Lieber headed public-private development at Lawrence Ruben Company, and, as a consultant, worked with clients such as Chicago Transit Authority, New Jersey Transit, and Penn Station Redevelopment Corp. – the agency then responsible for the Moynihan Train Hall project.

Lieber is a graduate of Harvard University and New York University Law School.

Foye has served as President as well as Chairman and CEO of the MTA for more than four years, overseeing North America’s largest transit agency and its response to the CoViD-19 pandemic. Under his leadership, the MTA led among transit agencies with a series of innovative CoViD-19 response initiatives, including launching first-of-its-kind trip planning tools, an industry-leading employee protection program that provided the first testing and vaccination program for transit workers, and piloting new cleaning techniques and solutions.

Foye also led efforts to stabilize the MTA’s finances by securing over $14 billion in critically needed funding from Congress, developing a national coalition of transportation agencies that secured more than $32 billion in emergency federal funds for transit agencies across the country. During the pandemic, he also oversaw creative financing actions, such as the agency’s use of the federal Municipal Loan Facility, and $800M in additional cost savings to support a balanced agency budget. Foye also led the push for State legislation authorizing New York’s first-in-the-nation Central Business District Tolling program, a fundamental financial underpinning of the MTA’s historic $51.5 billion capital program, and oversaw the first stages of the Program’s implementation.

Prior to joining the MTA, Foye led the Port Authority of New York and New Jersey as Executive Director from November 2011 to August 2017 where he oversaw some of the nation’s most significant P3 transactions, including the redevelopment of LaGuardia Airport and the building of a new Goethals Bridge, and the development and adoption of the agency’s 10-year, $32.2 billion Capital Plan.

Foye also served as Deputy Secretary for Economic Development for Governor Cuomo, the downstate Chairman of ESDC, and Vice Chair and board member of the Long Island Power Authority, following a career in law and real estate as a Mergers & Acquisition partner at Skadden Arps and Executive Vice President of AIMCO, a leading multi-family REIT. 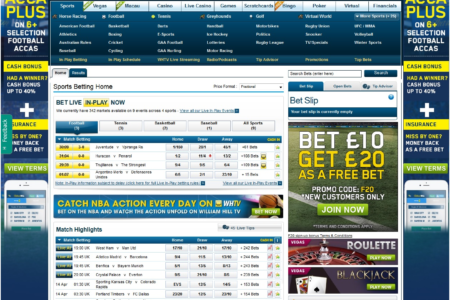 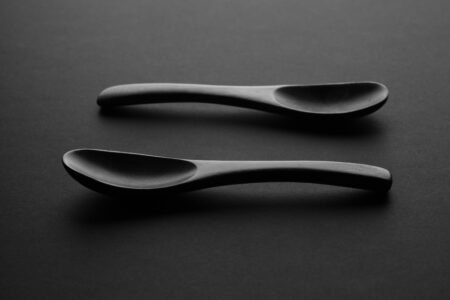