As part of the continued drive to close the jails on Rikers Island and build new modern and borough-based facilities by 2026, the City will close two more jails next year. The Eric M. Taylor Center (EMTC) on Rikers Island will close in March, and the Brooklyn Detention Complex (BKDC) in Boerum Hill will close by the end of January. This comes as the city’s jail population has fallen below 7,000—giving New York City the lowest rate of incarceration and lowest crime rate of any large city in the United States. These are the second and third facilities shuttered by the administration as part of its ongoing commitment to ending mass incarceration while maintaining public safety.

“With the lowest rate of incarceration of any major city and crime at historic lows, New York is again debunking the notion that you must arrest your way to safety,” said Mayor Bill de Blasio. “These two closures show that we are making good on our promise to close Rikers Island and create a correctional system that is fundamentally smaller, safer and fairer.”

The closures will allow the Department of Correction to concentrate resources more effectively, resulting in better conditions, enhanced programming, and safer facilities for both people in custody and correctional staff. The Brooklyn jail, located at 275 Atlantic Avenue, opened in 1957 and currently houses about 400 people, with a capacity of 759. EMTC, built in 1964 and expanded in 1973, has capacity of 1719 and houses about 850 people who are serving city sentences of one year or less. Staff at BKDC and EMTC will be reassigned to other facilities, and the closures will not result in any layoffs. In addition, admissions that are currently processed in BKDC will be accommodated in other borough facilities. No one who is currently housed in BKDC will be moved to Rikers Island unless there is a specific housing need.

In early October, the City Council passed the historic land use application that allows the City to proceed with its plans for a borough-based jail system. Since then the jail population has continued to fall as crime has reached historic lows, and the City now projects a jail population of no more than 3,300 people by 2026.

Since Mayor de Blasio took office, the City’s jail population has rapidly fallen by 39%, driven by declines in enforcement, continued drop in crime, and new and innovative programming, such as the City’s nationally recognized pre-trial bail alternative Supervised Release. With new State bail laws coming into effect on Jan. 1, 2020, the City is expanding its community support services, such as the new voluntary pre-trial Atlas program, in anticipation of an even sharper drop in the jail population.

Last week, the City announced its current procurement timeline for the borough-based jail plans. Requests for Qualifications (RFQs) for early work items are being published today with the remaining RFQs to be issued in the first quarter of 2020.

“The closure of two additional facilities is the latest proof of the effectiveness of the city’s efforts to reduce the jail population while ensuring public safety.  This is the result of much work from many people inside and outside of government over the past six years as the touch of enforcement has lightened, judges have more options available to them, and New Yorkers’ own behavior has changed,” said Elizabeth Glazer, Director of the Mayor’s Office of Criminal Justice.

“Today’s announcement is an important step forward in our efforts to bring about a new era of correctional practice in New York City,” said Department of Correction Commissioner Cynthia Brann.  “By consolidating our population and staff in the Department’s newer facilities, we will reduce overtime, expand officer training, more easily provide programs to individuals in custody, and ensure everyone can reap the benefits of the strategic investments we have made to enhance overall safety. This is an exciting opportunity to make the best use of the space we have available today while continuing to work towards building our future.

“As the jail population continues to decrease, I commend the City for taking immediate steps to shutter archaic facilities and invest in better conditions and programs for detainees. The efforts to close Rikers Island does not stop at a single plan, and I look forward to continuing the dialogue with advocates and directly impacted communities to fight for even more investments and policy reforms to create a more humane criminal justice system,” said Council Member Margaret S. Chin.

“The closure of the Brooklyn House of Detention and the Eric M. Taylor Center demonstrates our city’s commitment to shrink our criminal justice system and move towards one that is safer and more humane,” said Council Member Diana Ayala. “By closing these jails, we will be eliminating 4,000 beds and therefore reducing our physical capacity. I applaud Mayor de Blasio and the Department of Correction for taking this step and look forward to continued collaboration on decarceration efforts.”

“Since the City Council voted to close Rikers and implement a borough-based jail system, we knew this was only the beginning of the work needed to accomplish this historic plan to drastically change decades of mass incarceration,” said Council Member Donovan Richards, Chair of the Committee on Public Safety. “It is very encouraging to see the de Blasio administration moving quickly on the first steps towards achieving this goal by shutting down the first two facilities where detainees suffer some of the worst conditions. There is still much more work to do and I look forward to continuing to push this effort forward until we finally close down Rikers Island for good.” 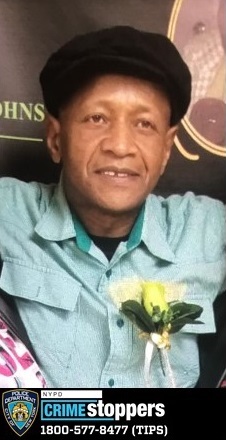