Davey served in several high-ranking transit leadership posts in Massachusetts and has a background in every mode of public transportation. He was Secretary and Chief Executive Officer of the Massachusetts Department of Transportation from 2011 to 2014, but Davey’s transit career began at Massachusetts Bay Commuter Railroad Company (MBCR) in 2003. He was promoted to general manager in 2008, and customer complaints dropped 40 percent during his first year leading the agency. In 2010, Davey accepted the general manager position for Massachusetts Bay Transportation Authority (MBTA), the fifth largest public transit system in the country. While he was there, MBTA had its highest annual ridership since 1946.

“To take over an operation as large as New York City Transit, the goal was to find someone with a diversified transit background and strong leadership skills,” said MTA Chair and CEO Janno Lieber. “Rich is someone New Yorkers should feel confident in as the agency moves forward with major accessibility improvements and other capacity and reliability-oriented upgrades like signal modernization, as well as megaprojects such as Phase 2 of the Second Avenue Subway and, in years to come, Governor Hochul’s Interborough Express.”

“Living in New York during 9/11 was a seminal moment in my life,” said incoming New York City Transit President Richard Davey. “My experience being a New Yorker that day at that time is why I am coming back, because public service and more importantly public transportation is so important to me. I share the same principles as Chair Lieber—delivering on-time and efficient service, welcoming customers to a safe environment, and constantly looking at ways to improve the system. I hope that whenever my tenure ends, New Yorkers can look back and say that guy from Boston made a difference.”

“Richard takes over an impressive team that has helped navigate through the toughest time in the agency’s history which will allow him to hit the ground running,” said MTA Board Member and Chair of the Board’s New York City Transit Committee Haeda B. Mihaltses. “This is a critical time for New York City, and if mass transit is going to help lead the recovery, we need to bring in the best people, and he certainly fits the bill.”

“Whether putting out fires – or turning up the heat on the bureaucracy itself – Rich was a relentless force for progress and change, pushing our state’s sprawling transportation network to deliver better and faster service,” said former Massachusetts Governor Deval Patrick.

As the Secretary and CEO of the Massachusetts Department of Transportation, Davey was responsible for the operation of the state’s highways, bridges and tunnels, freight and passenger rail programs, 15 regional transit agencies, and 36 airports. Beyond his operational duties, Davey led a campaign to raise revenue, including helping to raise the gas tax in Massachusetts for the first time in 23 years, which provided stable operating budgets and the largest statewide investment in transit in the state’s history.

His reputation as a management efficiency expert led local leaders to choose Davey to be the CEO of Boston 2024, the organization that led the campaign for Boston to host the 2024 Summer Olympics. Following his work as CEO of Boston 2024, Davey joined Transdev as a vice president and senior advisor before becoming a partner and director at Boston Consulting Group, where he served as one of the company’s top global experts on transit and the future of mobility.

MTA New York City Transit is the largest public transportation agency in North America and one of the largest in the world. In pre-pandemic times, subways carried more than 5.5 million riders on an average weekday. The fleet consists of more than 6,600 subway cars that travel along 665 miles of track, 24 hours a day, seven days a week. There are 472 subway stations, including 134 made accessible to customers with disabilities, via elevators and ramps. New York City Transit Subway serves Brooklyn, the Bronx, Manhattan, and Queens, making 8,200 weekday trips. MTA Staten Island Railway (SIR) serves Staten Island and has five ADA-accessible stations. 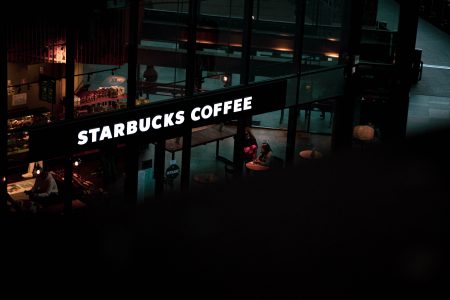 A Mother, 17, Arrested For The Murder Of Her Newborn Child