The following letter was sent to us by one of our readers, Greg Farrell, a former resident of Edgewater Park for over twenty years in response to the lawsuit filed against the community, alleging racial discrimination against a black couple, wishing to buy a home there. The plaintiffs seek damages for violations of civil rights, human rights and fair housing laws?

Edgewater Park is a tightly knit community sitting on the Long Island Sound in a hidden pocket of the Bronx to quote the February 5th New York Times article headlined “Two Bronx Communities Accused of Preventing Blacks from Buying Homes”. It is as one resident put it in an earlier interview with The Times, “a great place for kids because everybody looks out for one another.” She goes onto say “its a community within a community”.

A lot of the families that live in Edgewater Park, are third and fourth generations of the community made up mostly of civil servants, decorated police officers and firemen. Edgewater Park also has a long line of cherished and well respected Military Veterans and active duty who are serving today and have served dating back to World War Two. So, when I think who fought for rights and laws ,pardon me if they are the first who come to mind in each and every month. Not just February as FHJC would lead you to believe according to the FHJC website here.

As the story goes, the way the New York Times presents, it seems that the Fair Housing Justice Center (FHJC) came across a real estate agent who they accused of being racially discriminative towards African Americans who wished to purchase a home in Edgewater Park. It should be noted that A) They did not come across or were interviewed and denied by the members of the Edgewater Park Owners Cooperative and B) They did not come across nor were denied by the 600 plus homeowners of the Coop who are now unfairly being deemed as racist. All they did was encounter an independent real estate agent who does not work for the COOP, whom they allege thwarted their process of purchasing a home in Edgewater.

A requirement to purchase a home in Edgewater Park does in fact require three letters of reference from existing residents. Which is no more racist then a student needing letters of reference to be admitted to Columbia University or for a Law Professor at Columbia needing a letter of reference to join a Country Club. As in many of these country clubs and Ivy League schools there are many applicants who are denied because they don’t fulfill these requirements who happen to be white and of Italian and Irish heritage.

Diane l. Houk who ironically was the co founder and executive director for this non profit group until 2009 coincidently is employed by the law firm of Emery Celli Brinckerhoff and Abady LLP who just happens to be representing FHJC where she is the lead attorney in this case. Be that as it may, Ms. Houk was quoted as saying in the same Feb 5TH New York Times article “Anytime anything is hidden or secret you have to ask why would you want to be hidden?” As if that were the choice and the intentions geographically of the early residents of Edgewater Park to seclude itself off from the rest of the Bronx nearly a century ago. An open ended question with a hint of conspiracy to tangle the chords of the emotions of people. Common practice for a social justice professional. She goes onto using statistics from the 2000 Census stating “blacks account for 35% of homeowners in the Bronx yet less than 1% in Edgewater Park and Silver Beach” as if you should only imply only one conclusion, racism. This of course after acknowledging its a hidden and secret place very few people in the Bronx know about to begin with never mind wanting to buy a home there. However, there are some statistics Ms. Houk chose not to include in her research. In over twenty five years there has been one homicide in Edgewater Park which was committed by a non resident Labor Day Weekend 1998. With the exceptions of public disturbance, criminal mischief disorderly conduct and public drinking, which the COOP has made and continues to make great gains in it is safe to say that Edgewater Park also makes up less than 1% of all crimes committed in the Bronx. We credit this in part to our isolation where everybody knows each other which leads to comments from residents saying they feel safe and are happy to raise their kids here. Now what are we to conclude based on some of these statistics in comparison to what we should conclude based on the census statistics provided by Ms. Houk?

The residents of Edgewater are hardworking, middle class, family oriented good people who although are imperfect, they will not be intimidated nor accept being labeled as intolerant or racists to benefit another social justice club crying wolf to once again manipulate the emotional chords of its contributors. So, if the target of this allegation is of a Real Estate Agent it is suggested that it is left as such. But, if there is going to be an attempt to wrongly slander an entire community in the name of social justice you will find out, in this community which doesn’t have an organizer it will not tolerate an Alinskey movement in the least bit. 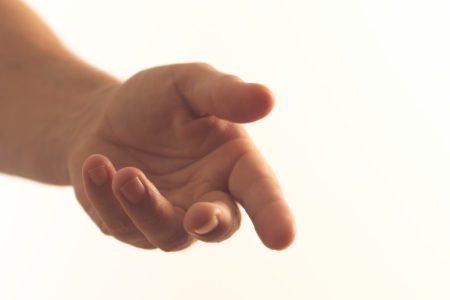 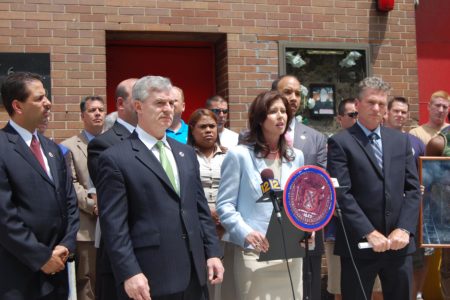