The New York City Department of Environmental Protection (DEP) today announced a request for vendors to participate in a residential toilet replacement program that will save millions of gallons of water.

Beginning this Fall, the selected vendors will sell high-efficiency toilets to qualified customers who have received a $125 voucher from DEP. Approximately 250,000 residential units (up to 800,000 toilets) will be eligible for this first phase of the replacement program, potentially saving 10 million gallons of water each day city-wide. DEP has allocated $20 million for the first phase of the program.

Apartment buildings with a minimum of four units and that were automatically enrolled in DEP’s Multi-Family Conservation Program will be eligible for the first phase of the replacement initiative. Beginning this fall, qualified customers will be able to fill-out an application on DEP’s web-site and receive a $125 voucher(s) that can be redeemed at a participating vendor for the purchase of a high efficiency toilet(s). Through market research DEP has determined there are several toilet models certified as high-efficiency by the U.S. Environmental Protection Agency that sell for $125 or less. It is anticipated that the program will be broadened to include smaller residential buildings beginning in 2015, replacing an additional 550,000 toilets and saving a total of 30 million gallons of water each day city-wide by 2018. For more details on the program visit the DEP web-site here.

“New York City’s high-quality water supply is one of our most essential resources and replacing outdated and inefficient bathroom fixtures is one way that we can ensure that our supply can accommodate expected population growth and recent and continued record levels of tourists and visitors,” said DEP Commissioner Carter Strickland. “By reusing the discarded toilets in infrastructure projects we will ensure that the program minimizes the city’s solid waste footprint.”

Later this spring DEP will seek qualified vendors to recycle the discarded toilets for use as the foundation for city sidewalks and drainage material for green infrastructure projects. A Request for Expressions of Interest issued by DEP in 2012 garnered significant interest from qualified companies.

The residential toilet replacement program aims to build on the success of a similar rebate program that ran from 1994 to 1997 and replaced 1.3 million toilets reducing citywide water consumption by 90 million gallons per day. High-efficiency toilets use only 1.28 gallons of water or less per flush, compared to traditional toilets that can use as much as five gallons. As a result of that program, the transition from frontage billing to metered billing, and the roll out of Automated Meter Readers and real-time feedback about water consumption, overall water use in the city has declined from over 1.5 billion gallons a day in 1980 to 1.1 billion gallons a day at present, while the City’s population grew from just over 7.1 million to 8.3 million in the same period. As outlined in PlaNYC, the city’s population is expected to grow to over 9 million by 2030. In addition, in 2012 the city hosted a record 52 million tourists. In order to meet this increasing demand for water, under Mayor Bloomberg’s leadership, DEP has invested a record $10.5 billion in our supply and distribution system and will complement this by continuing to expand conservation programs.

The toilet replacement effort is one part of New York City’s Water for the Future Program that will ensure clean, reliable, and safe drinking water for New Yorkers for decades to come. The central part of the Program is repairing the Delaware Aqueduct, which supplies roughly half of the city’s daily drinking water needs. Later this year, DEP will break ground on two 800 foot deep shafts for a 2.5-mile bypass tunnel around a portion of the Delaware Aqueduct that is leaking in Roseton in Orange County. The project will also include repair work to fix leaks in Wawarsing, in Ulster County, from the inside of the existing tunnel. The 2.5 mile bypass tunnel will run east from the Town of Newburgh in Orange County, under the Hudson River, to the Town of Wappinger in Dutchess County. In order to facilitate these repairs to the Aqueduct, the tunnel must be temporarily shut down between 2021 and 2022. In preparation for the shutdown, DEP has developed a combination of conservation programs and supplemental supplies that will ensure an uninterrupted supply of water. The program was initially estimated to cost over $2 billion but through advances in the engineering and design of the bypass and the water supply projects to support the repair, the estimated cost has been reduced to approximately $1.5 billion.

In addition to conserving water in private residences, DEP also developed the Municipal Water Efficiency Program to identify opportunities to conserve water at City-owned properties and facilities. As part of this program, DEP has already begun a partnership with the New York City Department of Parks and Recreation to install activation buttons on spray showers in 400 playgrounds around the city that will save 1.5 million gallons of water a day. DEP has also begun updating bathroom fixtures in 500 city schools that will save an additional 4 million gallons of water each day.

DEP manages New York City’s water supply, which today provides more than one billion gallons of water each day to more than nine million residents, including eight million in New York City and one million in upstate counties. The water is delivered from a watershed that extends more than 125 miles from the city, comprising 19 reservoirs and three controlled lakes. Approximately 7,000 miles of water mains, tunnels and aqueducts bring water to homes and businesses throughout the five boroughs, and 7,500 miles of sewer lines and 96 pump stations take wastewater to 14 in-city treatment plants. DEP has nearly 6,000 employees, including almost 1,000 in the upstate watershed. In addition, DEP has a robust capital program, with a planned $14 billion in investments over the next 10 years that will create up to 3,000 construction-related jobs per year. This capital program is responsible for critical projects like City Water Tunnel No. 3; the Staten Island Bluebelt program, an ecologically sound and cost-effective stormwater management system; the city’s Watershed Protection Program, which protects sensitive lands upstate near the city’s reservoirs in order to maintain their high water quality; and the installation of more than 820,000 Automated Meter Reading devices, which will allow customers to track their daily water use, more easily manage their accounts and be alerted to potential leaks on their properties. For more information, visit here, like us on Facebook here, or follow us on Twitter here. 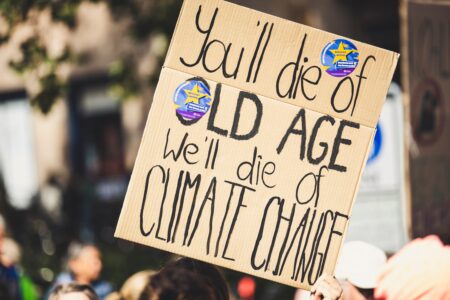 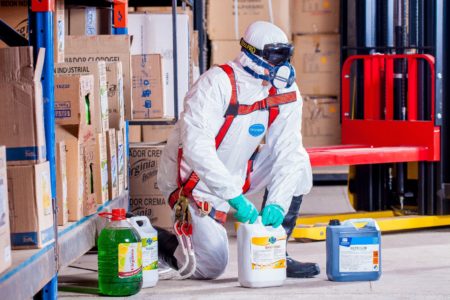