Angel Cordero of Bronx was released from prison Friday after serving 13 years for a crime he says he did not commit.

Speaking to supporters in Hunts Point, Cordero insisted he will continue fighting for an exoneration.

Cordero was found guilty of murder and sentenced to 15 years for the stabbing of a Bronx resident in 1999.

The victim was walking home when he was attacked by a group of strangers.

Officers responding to the attack arrested five men at the scene, including Cordero and his brother.

Mounting evidence in favor of Cordero’s innocence and motions filed to appeal his case have not been successful.

“It’s a struggle every day, knowing that you’re innocent and that you can’t do much about it. And no matter how many times you proved it, you still get no response,” said Cordero

Cordero’s brother was also convicted for the same crime, but was released earlier. 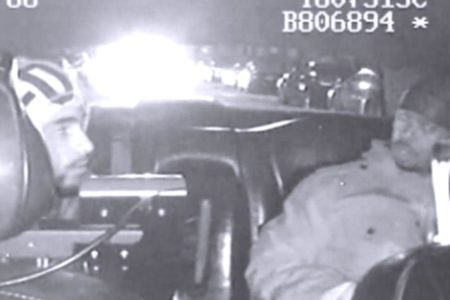