Additionally, a 51-year-old female was assaulted by the same suspect at the incident location, but refused medical attention at the scene.

The death of the 60-year-old male victim has been deemed a homicide.

The 60-year-old deceased male has been identified as follows.

Pursuant to an ongoing investigation the below 29-year-old male individual has been arrested and charged as follows.

Pursuant to an ongoing investigation the 29-year-old female deceased was identified as follows.

Upon arrival, officers discovered a 29-year old female with multiple stab wounds about the body in the 3rd floor hallway.

EMS responded and transported the victim to NYC Health & Hospitals/Jacobi, where she was pronounced deceased. A 29-year old male was taken into custody and the investigation is ongoing.

Paving The Way For Meals For Kids To Continue Through Summer 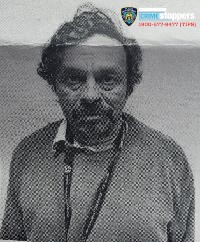