As the Jets head into the offseason, the team had no choice but to look at their quarterback corps. GM John Idzik and HC Rex Ryan held their final press conference on Tuesday to answer questions regarding the team. QBs Mark Sanchez and Geno Smith were the main talk of the whole conference.

Five-year quarterback, Mark Sanchez had to undergo season ending shoulder injury that he encountered in week 3 of the preseason against the New York Giants that essentially put him on injured reserve.

According to Adam Schefter of ESPN, rumor has it that Sanchez will be released from the team. Mark is supposed to make $9M in 2014, plus a $2M-roster bonus due in March if he is still on the team during that period. (SI.com)

When asked if Sanchez would come back, John Idzik told reporters that right now they are focused on his health.

“Right now he is a Jet. We consider all of our guys Jets until we make a decision.” Idzik said. “I met with him yesterday, our focus is to get him healthy and then we’ll take it from there.”

Sanchez is 37-31 as a starter including the playoffs. (ESPN).

Rookie QB Geno Smith played all sixteen games this season and basically struggled. Smith had a total of 12 touchdowns and 21 INTs along with an embarrassing 35.5 QBR. However, there were games during the season when he played exceptionally well. Especially his last two since he didn’t have any turnovers.

After a long season, it is a clear implication that Smith will be going through another tryout in the offseason. Idzik even said that the team will look at other quarterbacks.

“We saw a lot out of Geno.” John Idzik said. “Like we said all season he’s a very resilient young man. For him to start all sixteen games, go through the highs and lows of an NFL season, to see him handle a game, be more efficient in the pocket, all of the things he did were very positive. We all are excited about having Geno apart of the Jets so yes we will look at quarterbacks.”

The Jets currently have the 18th pick in the NFL draft and there are few quarterback possibilities that the Jets may or may not pick.

Five quarterbacks the Jets may draft in Radio City this year:

*Draft Stats can be seen on Cbssports.com 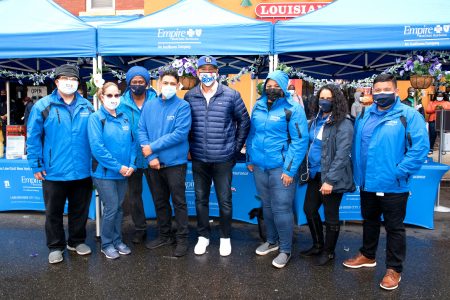