Police have released video of a man wanted in connection with the death of a 26-year-old reality TV star earlier this month.

Lyric McHenry, who lived in Los Angeles, was found dead on a sidewalk in Bronx on August 14, 2018, the NYPD said.

She was unresponsive and wearing only underwear and a shirt, but did not show any signs of trauma, authorities said at the time. She was reportedly pregnant at the time of her death.

Police are now searching for a man wanted for questioning in connection with her death.

McHenry appeared with Magic Johnson’s son on the show “Rich Kids of Beverly Hills and its spinoff, “EJNYC,” and was a producer on a television show called “The Culture” and a short film called “Downpour Summer,” according to her IMDB page.

She was the daughter of director and producer Doug McHenry, and graduated from Stanford University in 2016. 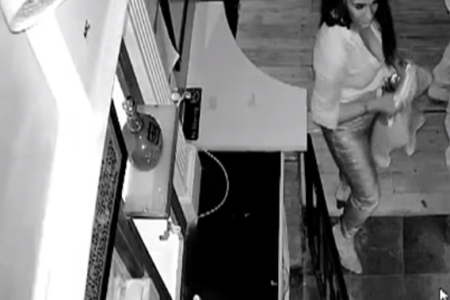