Two teenage boys, ages 15 and 17, are facing weapons charges after officers caught them with handguns in Bronx, police say.

Plainclothes NYPD officers were conducting an investigation in the Fordham neighborhood around 4:20 p.m. when they noticed three teens walking in an alleyway near East 182nd Street and Creston Avenue, police said.

One of the teens allegedly pulled a .45 caliber handgun from his waistband and hid it underneath a trash bag, authorities said. The officers approached the teens as they were exiting the alleyway.

Authorities said the teen with the gun and another 17-year-old were apprehended without incident. However, the 15-year-old allegedly ran and attempted to discard two handguns in his possession before cops caught and arrested him.

Officers recovered a .45 caliber American Standard pistol from underneath the trash bag, a .40 caliber Glock 23 and a 9mm Glock 19, police said.

One 17-year-old and the 15-year-old boy were arrested. Police say both face weapon charges.

Child’s Escape From Alleged Kidnapping By Sex Offender Under Investigation 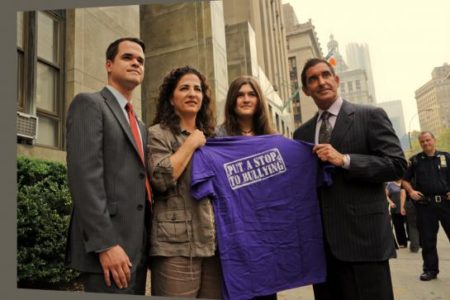