The purpouse of this article is to allow our readers the opportunity to face the stone-cold facts about a subject, on which we as a nation, and most of the rest of the “civilized” world, know practically nothing. 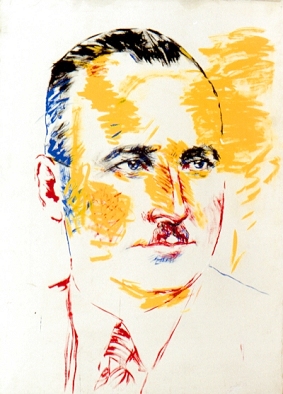 The movie Occupation 101 is approximately a 90-minute-long documentary work, which could be seen in its entirety below or could be purchased from its creators’ website here.

I will go as far as to guarantee you will be sick in your stomach during and long after the movie has finished playing. A part of your humanity will change and the images you witness will haunt your otherwise educated and civilized mind probably forever.

The following is the synopsis the authors themselves put together. However, it is an understatement of, in the good sense of the word, and far from the emotions and the facts the movie conveys in its entirety.

“A thought-provoking and powerful documentary film on the current and historical root causes of the Israeli-Palestinian conflict. Unlike any other film ever produced on the conflict – Occupation 101 presents a comprehensive analysis of the facts and hidden truths surrounding the never ending controversy and dispels many of its long-perceived myths and misconceptions.

The film also details life under Israeli military rule, the role of the United States in the conflict, and the major obstacles that stand in the way of a lasting and viable peace. The roots of the conflict are explained through first-hand on-the-ground experiences from leading Middle East scholars, peace activists, journalists, religious leaders and humanitarian workers whose voices have too often been suppressed in American media outlets.

The film covers a wide range of topics – which include – the first wave of Jewish immigration from Europe in the 1880’s, the 1920 tensions, the 1948 war, the 1967 war, the first Intifada of 1987, the Oslo Peace Process, Settlement expansion, the role of the United States Government, the second Intifada of 2000, the separation barrier and the Israeli withdrawal from Gaza, as well as many heart wrenching testimonials from victims of this tragedy.”

During WWII my native country of Bulgaria managed to save its entire Jewish population of nearly 50,000 from deportation to the camps, despite the fact the country had sided with Germany.

Primarily thanks to Dimitar Peshev (more here and here), the Deputy Speaker of the National Assembly of Bulgaria and Minister of Justice, who forced the Minister of the Interior to cancel the deportation orders already in place hours before the trains took off, and then personally called all the prefects’ offices to make sure the counterorder was actually obeyed (the full text of the letter of protest to the parliament, written after the orders were canceled, could be read in English here), as well as thanks to the majority of Bulgarians, including many members of parliament, the Bulgarian Orthodox Church, writers, artists, lawyers and other members of the intelligentsia, the Bulgarian Jews were saved in the 12th hour prior to their deportation to Treblinka and Auschwitz and actually got to get off the trains, on which they were already mounted and were awaiting deportation.

When asked about his rationale for preventing the Jewish deportation years after the events, Peshev once stated: “My human conscience and my understanding of the fateful consequences both for the people involved and the policy of our country now and in the future did not allow me to remain idle. And I decided to do all in my power to prevent what was being planned from happening; I knew that this action was going to shame Bulgaria in the eyes of the world and brand her with a stain she didn’t deserve.”

After the war, most of the Bulgarian Jewish population left voluntarily for Israel, leaving only several thousand today (1,363 according to the 2001 census). According to Israeli government statistics, 43,961 people from Bulgaria have emigrated to Israel between 1948 and 2006, which is the fourth largest number of all European countries, behind the Soviet Union, Romania and Poland.

I would hate to think that members of this community and/or their offspring are playing any part in the way Israelis treat Palestinians today (as seen in the film below).

Following the stories depicted above, a few questions beg immediate answers. Who will stop Israel’s march on the path of systematic destruction and annihilation of the Palestinian Arab population? How is it that the Israeli society as a whole seems to be oblivious to the practices and policies of ethnic cleansing and genocide that scores of successive Israeli governments have been carrying out for so long? What parallels could be drawn between the state of Israel and Nazi Germany? Will Israel crumble under its own weight of moral and human degradation or would the World collectively manage to intervene?

To do justice to those Israelis who object their country’s occupation and disregard for International Law and Human Rights, I must bring your attention to The Shministim, Hebrew for “twelfth-graders”, an informal group of young Israelis who openly declare their refusal to join the Israeli military service.

Every year, the Shministim sign a different letter, a tradition harkening back to the 1970s when the first Shministim class expressed their dissent in a letter to Prime Minister Golda Meir. The 2008 letter declares “We cannot be moral and serve the occupation.” More information about them could be found here.

Unfortunately, after all is said and done, there really is very little hope for peaceful resolution of the conflict at hand with clear and agonizing disadvantage for the Palestinian camp. 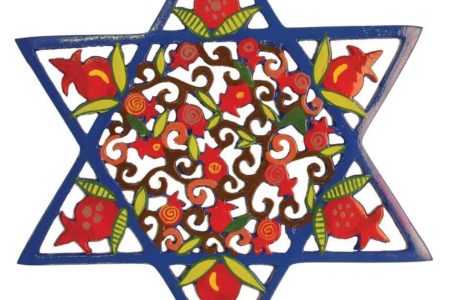