The Alliance for a Healthier New York (AHNY) released the following statement today in reaction to an anti-soda tax petition drive in the Fordham neighborhood in the Bronx – a neighborhood with a 25% obesity rate, and a 12% diabetes rate, both well above the New York City averages:

“By gathering petitions in opposition to the soda tax in a neighborhood with such high rates of obesity and diabetes, the big soda lobby is showing a shocking lack of concern for the health of Bronx residents and New Yorkers,” said Angel Caballero, President of the Davidson Community Center in the Bronx. “The soda tax will make the Bronx a healthier place to live, period. The Bronx has some of the highest rates of obesity and diabetes in the country, and a major contributor to that are sugary drinks.”

In addition to combating New York’s obesity epidemic, revenue from the “soda tax”—a penny-per-ounce excise tax on non-diet sodas and other drinks containing large amounts of added sugar— is slated to fund critically important health care services in the Bronx and eliminate the need for severe health care cuts and taxes in the Governor’s proposed budget. A new estimate from Greater New York Hospital Association shows that failure to enact the soda tax will cost the Bronx more than 3,420 lost healthcare jobs.

The soda tax will contribute to making New Yorkers healthier by reducing their consumption of unhealthy drinks which have been widely linked to weight gain. A University of Buffalo study released recently showed that taxing unhealthy food is a more effective way to fight obesity than making healthy foods like fruit and vegetables more affordable- and according to the New England Journal of Medicine, a penny-per-ounce tax could reduce consumption by as much as 10%. 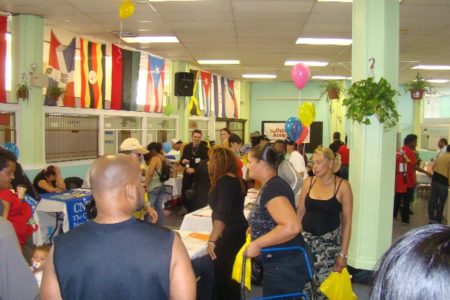