Officials with the Metropolitan Transportation Authority (MTA) today spent the day traveling throughout the subway and bus system distributing free masks to riders to who needed them as part of “Operation Respect,” launched earlier this week. MTA Chairman and CEO Patrick Foye, NYC Transit Senior Vice President of Subways Sally Librera, NYC Transit Stations Chief David Santoro, and MTA Communications Director Tim Minton joined the hundreds of volunteers who are on the MTA’s “Mask Force” encouraging commuters respect and protect one another by wearing a mask.

“We greeted hundreds of commuters and are thankful to say 98% of them were wearing a mask while riding with us, and for the four people we found who weren’t, we made sure to hand them a mask,” said Chairman Foye. “Wearing a mask is an easy way to respect each other and let your fellow commuter know you care about their health and safety.”

Foye and the other leaders handed out masks on the

lines and along two bus routes in Queens. The MTA launched “Operation Respect” this week as part of a multi-layered strategy to encourage riders to wear a face covering while on public transit. Riders in the subway, bus and commuter rail system are greeted by the “Mask Force” — MTA employees and outside volunteers, many of whom are wearing bright yellow “Stop the Spread, Wear A Mask” t-shirts as they travel handing out free masks.

The Mask Force currently has more than 300 employee and outside volunteers, including top MTA officials, elected officials and their staffs, advocates, and community board members.  More than 20,000 masks were handed out on its first day of operation on Monday.

All customers and employees must wear a face covering while riding on public transit under Governor Andrew Cuomo’s Executive Order 202.18 issued on April 17, 2020. 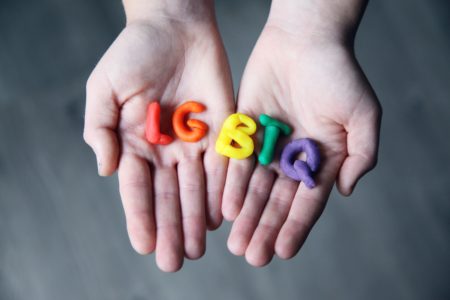