An off-duty police officer was shot in University Heights on Wednesday, police said.

The shooting occurred around 6:30 p.m. when the off-duty cop, 27-year-old Ivan Marcano, interrupted a street robbery in progress.

Marcano, a Bronx resident, was in a car on Harrison Avenue with his girlfriend when they witnessed two men robbing another man on the street, Police Commissioner Ray Kelly said during a press conference held late Wednesday.

Marcano, who joined the NYPD in 2007 and was assigned to Transit District 12, told his girlfriend to call 911 and then stepped out of the car and identified himself as a police officer.

As soon as he did, one of the suspects fired.

Marcano, who was not wearing a bulletproof vest, was struck in the chest. The two suspects fled in a Mustang, where a third suspect, the driver, was waiting, Kelly said.

The three suspects drove one block north, to the corner of Burnside and Harrison avenues, where they struck a livery cab and exited the car. Marcano, who was behind the suspects in his own vehicle, got out of his car and pursued them on foot.

Marcano took cover behind a livery cab and, with one hand on his weapon and another clutching his wounded chest, fired on the suspects in what Commissioner Kelly called “a remarkable display of marksmanship and cool under fire.”

One of the suspects was shot in the head and killed. He has not been identified. The remaining two suspects fled. A semiautomatic handgun was recovered from the scene, Kelly added.

Marcano then happened upon an ambulance parked on Burnside Avenue, which gave him a ride to Bronx Lebanon Hospital. The bullet missed any vital organs, and Marcano is expected to make a quick recovery, Kelly said.

Marcano is the 12th NYPD officer who has been shot this year and the second officer shot this week. 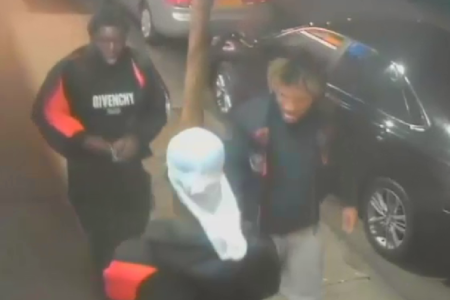 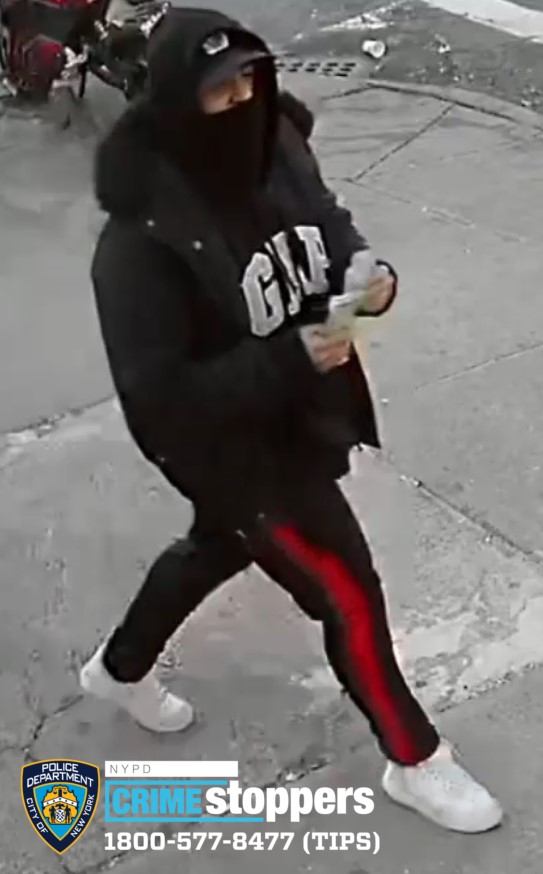