New York is a repository of feminist thought and activism. Across NYC’s boroughs, you can catch statues memorializing black heroines, bookstores teeming with literature on gender, race, and sexuality, women-only work spaces, and college classes delving into feminist theory.

Almost everywhere you look in this city you can find a feminist affair – unless you are peeking from a building in Bronx. Downtown neighborhoods like the Lower East Side, Williamsburg and Bushwick have become hot spots for feminist panels, book readings, and slam poetry. However, for a struggling momma-of-two in the Boogie Down, these wildly important – though often gentrified – spaces are not very accessible. That is why Bronx-born and raised Zulie Tiburcio co-founded Odiosas – a women of color-led alliance providing hood feminist workshops, dialogue, and art shows in and for her borough.

This is not to say the Bronx is lacking in feminist thought. In 2012, for example, The WomanHOOD Project arose to provide mentorship to young women of color through racial and gender justice. And in the last few years, Bronx-based Brujas – a collective of skateboarding women smashing the patriarchy – has made waves. But as Tiburcio knows first-hand, initiatives like these are hard to come by in Bronx.

“I got tired of having to go out of the Bronx. We were always leaving our borough in order to see things that our friends were doing, and even they were from Bronx. We felt our voices weren’t being heard, so we created this platform so that it would,” Tiburcio tells me.

Tiburcio and friend Shaira Chaer – who is no longer with Odiosas – created the feminist clique in April 2016, hoping to center the voices and experiences of street-smart black and brown women in Bronx.

Bronx, sometimes called “the forgotten borough,” has a rich history of resistance, but it often goes unrecognized. It is here where the Young Lords took over Lincoln Hospital for 24 hours in 1970, exposing its terrible conditions and using its building to run health programs and daycare services for their community. It is here where black and brown people stayed while city officials burned down 97 percent of buildings in seven different census tracts between 1970 and 1980. It is here where police brutality, disenfranchisement, poverty and housing and educational inequalities prompted the birth of hip-hop, the genre of struggle and resilience.

“In Bronx, our style is taken the most – just look at Kylie Jenner,” Amelia Smalls, a member of Odiosas, says. “But you don’t actually see girls like us, girls from the Bronx. We had to create that space”.

Currently, four Bronx-living or -raised women and people of color makeup the group’s core. Most of them are Afro-Latinx: Tiburcio, 30, is Afro-Dominican; Nicole Pedraza, 25, is nonbinary and of Puerto Rican and Filipino descent; Kat White, 26, is a white woman of part-Cuban ancestry; and Smalls, 28, is a black Latina of Puerto Rican and Antiguan descent.

Together, the members organize events where women in their community can voice their concerns, feel heard, respected and supported, and learn from one another.

The gang’s Cardi B-inspired “Regular Degular Feminism” workshops are a fave. During these meet-ups, the members talk hood feminism, name the less-discussed challenges working-poor women of color encounter, and affirm many of the attendees’ uneasiness with the white feminism of Lena Dunham. The group also provides participants with the tools to overcome problems specific to them, particularly, the “superwoman syndrome,” a condition often seen in black and brown women who spread themselves too thin by taking on the roles of breadwinner, homemaker, lover, student and volunteer, among other jobs. These are some of the real problems complicating the lives of women on their blocks, though most feminist circles often do not highlight these issues.

“We are talking about the issues that impact us, and a lot of times it goes beyond gender. That’s why Odiosas is intersectional as hell. You can’t just pursue your own passion without thinking about others,” Smalls says.

As such, Odiosas’ events also include link-ups that are not exclusively about women’s rights or issues. The group puts together anti-gentrification strategy meetings, panels exploring mental health and self-care, and even pop-up art shows delving into themes of love and loss. Through Odiosas’ podcast, “2 Dope Moms,” the group also creates space for dialogue on parenting as young and broke black Latinas.

“It’s essential for us to get together, for us to heal, to sit down and talk about our trauma as well as how we do our hair, about the things that hurt us as children. These aren’t things that are touched on in the mainstream,” Small says.

True to its name, Tiburcio says Odiosas is for the women and femmes who others called too defiant. It is for the girl who talked back – maybe under her breath – when mami or papi came at them with some antiquated gender role BS. It is for the one who did not understand why being opinionated made her a bad girl. And it is also for those who grew up, left abuela’s crib, and turned into a raging feminist, only to realize she did not feel free in that supposedly liberating space, either.

Odiosas, as its tagline says, is a “Bronx sisterhood of street-smart revolutionary mamas, curators, and changemakers.” And whether the clique is leading a critical discussion or turning up to Cardi B in a heavily gentrified area, as it tends to do, its hope is to offer support, to each other, and to their Boogie Down community. 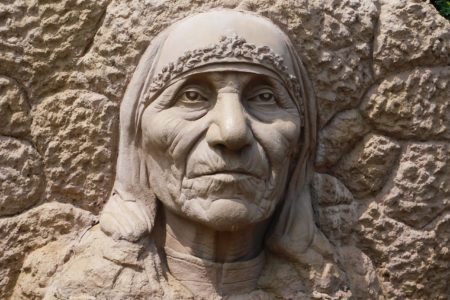