Police Commissioner Dermot Shea today announced that the NYPD has now substantially implemented the recommendations of an independent blue-ribbon panel of former prosecutors and judges for improving the department’s internal disciplinary system.

Chief among these historic reforms is the hiring in August of a Civilian Liaison, who will keep victims and family members informed on use-of-force cases, and the establishment of an outside auditor to assess the NYPD’s ongoing compliance with the blue-ribbon panel’s recommendations.

A highlight is the adoption of a new disciplinary matrix – with input from the city’s independent Civilian Complaint Review Board and Commission to Combat Police Corruption – to create a baseline for penalties covering a range of police officer misconduct and add consistency and transparency to the process. That matrix, posted to the NYPD website on August 31, 2020, was open for public comment to ensure it is as fair and effective as possible when the final version is published in January. See the link, here.

Amid this ever-evolving progress, Commissioner Shea has wielded his authority as the final arbiter of discipline in clear and decisive ways. In April, he enacted a new false-statement enforcement policy. He has overseen the monthly publication of the department’s trial-room calendar. And he has imposed punishments swiftly and often more punitively than is recommended. In fact, since Commissioner Shea’s appointment in December, 40 officers have retired or resigned with internal disciplinary charges against them pending and 53 members of the service have been dismissed.

Taken together, these disciplinary measures not only assure integrity within the policing profession in New York City, but go above and beyond the best practices the NYPD has long followed in line with all other citywide agencies.

“Policing is a privilege and demands the community’s trust in knowing that officers are living up to the NYPD’s high standards for integrity, fairness, compassion and effectiveness in keeping the peace, protecting life and property and maintaining order,” said Police Commissioner Dermot Shea. “We ask for the public’s trust – and the public must know we are worthy of it.”

Police Commissioner Shea’s administration of discipline is rapid and decisive. He has meted out tough discipline when needed yet delivered tempered justice as the facts warrant. The sound disciplinary system Commissioner Shea has led helps ensure the success of his goals – such as Neighborhood and Precision policing, or helping all the city’s children reach their full potential.

The disciplinary process, as designed, affords officers the same considerations and due process rights afforded civilians in the criminal arena.In the majority of instances, and over time, the NYPD has concurred with findings by the independent CCRB. But sometimes officers go to trial, where facts emerge that do not support the originally recommended penalties. In other cases, plea agreements are reached. Many factors may influence both the decision to negotiate a settlement, as well as the ultimate penalty, including the strength of the evidence and the likelihood to prevail on the merits at trial. Sometimes officers are found not guilty on one or more of the disciplinary charges that are brought. The NYPD’s concurrence with CCRB must be understood in that context.

As the final arbiter in matters of discipline, a Police Commissioner’s role is similar to a trial judge in imposing penalties. Additionally, a police commissioner is statutorily mandated to exercise cognizance and control over the Police Department, which by necessity includes discipline. This command structure enables the police commissioner to effect change in the department and ensures consistency and efficiency in all of the department’s operations. This becomes essential in flexibly responding to events – such as crime upticks or national security issues – in real time. It would be hard to imagine a system for rapid discipline by an outside body – in effect, weakening what is a longstanding, paramilitary style justice system affording the Police Department wide latitude for rapid accountability and for real time operational maneuverability in times of public need.

This paradigm is also true of other city agencies and is not unique to the Police Department. The Office of Administrative Trials and Hearings (OATH) conducts administrative trials in disciplinary proceedings for a number of city agencies. In all of those matters, the OATH judge will make findings of fact and recommend a penalty, if the charge is sustained, to the appropriate agency head. The head of each agency has the ultimate authority whether to accept the findings and/or proposed penalty. The NYPD Trial Room adheres to the same legal and administrative standards as OATH.

A blue-ribbon, independent panel found an effective and fair NYPD disciplinary system and implementing its recommendations, the NYPD is improving it every day in every way. These changes will build upon a cadre of recent reforms, including the deployment of body-worn cameras, the dissemination of videos from those cameras and the annual publication of data on discipline, among other things.

A final note: The remaining recommendation by the blue-ribbon panel to fill attorney vacancies is something that awaits funding, though the NYPD is actively recruiting, interviewing and processing applicants to fill these jobs.

Miguel Villa, 29, Wanted For The Murder Of Emmanuel Santana, 30 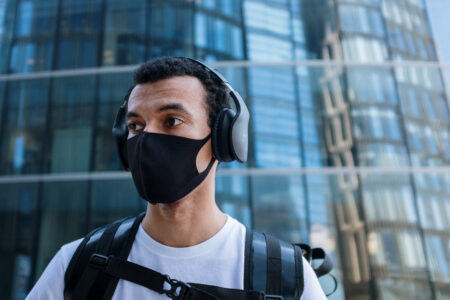