88 members of the New York City Police Department were honored at the 2019 Medal Day Ceremony. The annual Medal Day Ceremony honors both uniformed and civilian members of the NYPD of all ranks who have made significant acts of heroism, some who have even made the ultimate sacrifice, laying down their lives in the upholding of their sworn oath as Police Officers. The Mayor and Police Commissioner were joined by family members of the honorees at the ceremony at One Police Plaza.

“I’m grateful for the honor and privilege of working alongside members of the NYPD who prove, time and again, that they’re the very best at what they do. They have to be the best, because lives depend on how they do their jobs – their lives, the lives of their fellow cops, and the lives of the people they have sworn to protect,” Police Commissioner James P. O’Neill said. “It is a solemn responsibility, and one that every cop faces just by coming to work. But that is the job, and nobody does it better than the NYPD. This is what New York policing is all about.”

“Each year, Medal Day gives us an opportunity to celebrate the many achievements of these talented, committed, and exemplary public servants, and it also encourages us to pay tribute to the generations of men and women in blue and their families who have made the ultimate sacrifice in service to our city. The NYPD continues to set a global example in improving public safety and has maintained its status as the greatest police force in the world, and I am honored to join today in recognizing this vital workforce that has remained constantly vigilant in forging a better and brighter future for all New Yorkers.” Mayor Bill de Blasio said.

Medal of Honor – The Medal of Honor is the New York City Police Department’s highest award. Recipients are selected for individual acts of extraordinary bravery intelligently performed in the Line of duty at imminent and personal danger to life.

On November 4, 2016, at approximately 11:45 a.m., then-Sergeant Emmanuel Kwo, 43 Precinct Patrol Supervisor # 1, and his operator, responded to a gunpoint robbery in progress that originated from a 911 call, involving a violent custody dispute between a man and his estranged wife. The man had been holding his estranged wife, another woman, and two children at gunpoint inside a house, and had just fled the scene in his vehicle.

Officers from the 43 Precinct, as well as officers from the Recruit Training Section, including then-Probationary Police Officer Elwin Martinez, responded as backup. Sergeant Paul Tuozzolo, 43 Precinct Patrol Supervisor #2, and his operator, then-Police Officer Arvid Flores, also responded to the location. As Sergeant Tuozzolo and his operator were canvassing the area in their marked police van, they saw the perpetrator’s vehicle and followed him.

Sergeant Kwo responded to the location and directed his operator to position their vehicle to impede the perpetrator from making a U-turn. However, another police vehicle caused the perpetrator’s car to lose control and become immobilized. At that time, Sergeant Kwo, Sergeant Tuozzolo, Police Officer Flores, and Probationary Police Officer Martinez approached the vehicle to confront the gunman and bring him into custody.

Police Commissioner James P. O’Neill posthumously promoted Sergeant Tuozzulo to Sergeant Special Assignment during his funeral service on November 10, 2016, and posthumously awarded him the Medal of Honor during Medal Day 2017.

In addition, 85 other members of the service were presented Tuesday with Departmental honors, as follows.

Distinguished Service Medal – conferred upon the family of a member of the service who succumbed to illness associated with exceptional duty, performed with great responsibility, under unusual hazard or demand. Forty-seven members of the service who succumbed to illnesses contracted during the rescue and recovery effort in the aftermath of the Sept. 11 attacks have received the Distinguished Service Medal:

Police Combat Cross – The Department’s second highest award, bestowed for extraordinary acts of heroism while engaged in personal struggle with an armed adversary under circumstances of imminent personal hazard. Twenty-three members of the service received the Police Combat Cross:

Medal for Valor – The Department’s third highest award, granted for acts of outstanding personal bravery performed in the line of duty and at imminent personal hazard to life, under circumstances evincing disregard for personal consequence. Fifteen members of the service received the Medal for Valor:

Unit Citations – Personnel assigned to the following commands were recognized for outstanding performance in sustaining a high level of service to the City of New York in 2018: 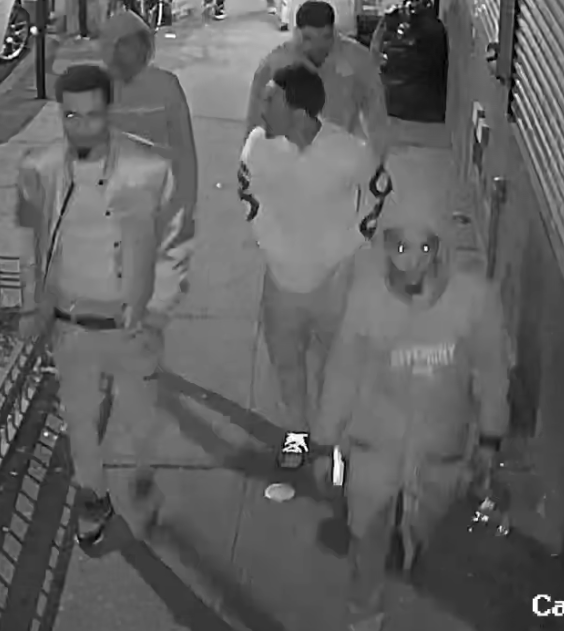