A black off-duty New York City Police Department officer claims to have been racially profiled by fellow officers while on his way to his girlfriend’s apartment in the Bronx, according to official reports.

Sgt. Reginald McReynolds reportedly said he was handcuffed for no reason in the stairwell of his girlfriend’s apartment building as he carried Chinese take-out to her apartment. According to his statement, there could be no good reason Officers Kyle Bach and Joseph Azevedo of the 52nd Precinct stopped him, except that he was black.

Reports state the two white officers were responding to a domestic dispute in the building when they saw the 42-year-old officer in civilian clothes. According to statements given by the two officers, they thought McReynolds may have been the boyfriend of the woman who placed the 911 call.

Upon approaching him, McReynolds, as stated in the report, identified himself and told the officers he was on his way to his girlfriend’s apartment. McReynolds also stated that Bach shined a light in his eye and verbally threatened him.

Yvelisse Cruz, McReynolds’ girlfriend, took a picture with her cell phone and called 911, according to the report.

According to McReynolds’ statement, he is 42, and weighs 275 pounds. The description of the suspect was late 20s, 150 pounds. McReynolds is seeking legal action.

The officers involved in the incident have not been charged or disciplined over the incident by their department, reports indicate. 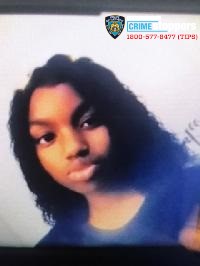