Let’s Take Back Our City Meeting of FedUpNewYorkers (FUNY) at: LGBT Center on 208 W 13th St between 7th and 8th Avenue.

FUNY had its first organizational meeting on July 7.

Its founding members are:

We are long-time New Yorkers—and We Are Fed Up.

Some 60 groups and individuals attended the first meeting, including the communications, volunteer director, and other paid staff of the Thompson and Avella campaigns, active members of local Obama chapters, the heads of Queens civic associations, Staten Islanders, gay and lesbian groups, the chair of the downtown chapter of the Working Families Party, Manhattan Democratic political clubs, animal rights activists, etc.

Our politics may differ, but we have come together on a single objective: We will actively oppose anyone who seeks a third-term.

Elected officials must respect the people’s vote.  We are convinced that the only way to force them to do so is to work hard to defeat Michael Bloomberg, Christine Quinn, and all would-be third-termers. Our success will send a powerful message to every elected official in the country. On Thursday, July 23, FUNY will have a coming out party.

Beginning at 6 PM, groups from all over the city will tell the stories of their experiences with the Bloomberg administration.

Every story will be videotaped and distributed on websites devoted to New York politics and to any other blogs who want to post it. The storytellers will prepare written versions for distribution.

We anticipate the attendance of and coverage by the mainstream media.

Given the large numbers of people who want to tell their stories, you should let us know whether you plan to do so as quickly as possible. We have to schedule the speakers.

If you agree to tell your story, please send us a brief summary in publishable form and bring copies to the meeting. We will distribute it to the press

To ensure that we break through the media fog that characterizes this campaign, we will be distributing the first issue of an eight-page campaign weekly. The paper will be distributed throughout the city right up to the election. It will cover everything from the true state of our public schools, the skyrocketing rents and property taxes, the Bloomberg Wall Street-Real Estate agenda, which has burdened the city with massive debt and eviscerated entire communities, the gross violations of civil liberties, the blatant looting of the public treasury, and more.

Please contact Mike@bloombergwatch.com to let us know whether you plan to attend.

*Organizational affiliation is listed for identification purposes only.

Genesis Of The Palestinian Identity 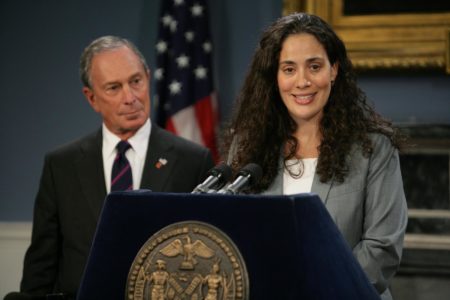