Following nearly a year of advocacy by Bronx Borough President Ruben Diaz Jr., Congressman Sean Patrick Maloney and others, the U.S. Department of Agriculture (USDA) has announced the selection of New York State to participate in a nationwide pilot program to allow Supplemental Nutrition Assistance Program (SNAP) participants to purchase their groceries online.

“New York State has always led the way when it comes to innovation in government, and this pilot program will put our state at the intersection of health, technology and business. Allowing consumers to use their SNAP benefits in the same way you would also use a credit or debit card to purchase groceries will lead to lower prices and greater options for consumers in every corner of this city and state,” said Bronx Borough President Ruben Diaz Jr. “I want to thank Congressman Maloney and our New York delegation, our partners in business and the health and hunger advocates who understood the need for this pilot program and joined our efforts to bring this important new program to New York.”

“Working hand-in-glove with Borough President Diaz, we delivered on our goal of bringing the SNAP program in New York State into the 21st century. This pilot will help make it easier and more efficient for New York families to put food on their tables. New York has always paved the way for new ideas and innovations – this pilot program is no different – and I want to thank my colleagues in Congress for joining us in bringing this program to New York,” said Congressman Sean Patrick Maloney.

Borough President Diaz initially proposed such changes in his “State of the Borough” address in February 2016. In July 2016, Borough President Diaz participated in a conference on Capitol Hill to address the need for technological advancements for SNAP benefit users with Ohio Rep. Tim Ryan. The next month, the borough president authored a letter to USDA Secretary Tom Vilsack urging his department to select New York State for this pilot program.

Congressman Maloney was integral in drumming up support for the pilot program in Congress. In November, the congressman led his colleagues in the New York State delegation on a letter to Secretary Vilsack, in which they jointly called for New York’s selection in the pilot program.

As part of the pilot program, the USDA has selected two vendors—Amazon and FreshDirect—to serve customers in New York State. Both companies worked closely with Borough President Diaz to bring the pilot program to New York. In addition, FreshDirect launched a similar pilot program in The Bronx, in conjunction with the borough president, in 2012.

“I am grateful for the support of both FreshDirect and Amazon on this technological innovation, and I look forward to working with both companies on its implementation. This announcement by the USDA will allow New York to set the example for the entire nation on public/private partnerships that improve nutrition, fight hunger and offer consumers greater choices, all while expanding the marketplace,” said Borough President Diaz.

CDPAP May Be The Right Choice For Your Home Care Needs

Update On The Zika Virus 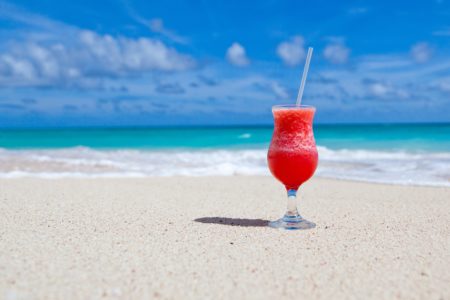