Senator Brad Hoylman (D/WF-Manhattan) and Amit Paley, CEO and Executive Director of The Trevor Project, the world’s largest suicide prevention and crisis organization for LGBTQ young people, released the following statements in response to the New York City Council’s reported plans to repeal its conversion therapy ban in order to protect against a constitutional challenge:

Senator Hoylman said: “Thanks to the legislation we passed this year in Albany, New York State has the strongest laws in the nation against so-called ‘conversion therapy’ being performed on LGBTQ youth. So while the City Council is reconsidering its approach on the issue to avoid a constitutional challenge, I am glad to report that at the state level, LGBTQ kids will continue to protected from this barbaric and fraudulent practice. I will continue to do everything in my power to protect LGBTQ youth.”

Amit Paley, CEO & Executive Director of The Trevor Project, the world’s largest suicide prevention and crisis intervention organization for LGBTQ young people, said: “We are grateful to the City Council and Speaker Corey Johnson for their continued support of LGBTQ young people in New York City. In The Trevor Project’s national study of LGBTQ youth mental health, youth who underwent conversion therapy were more than twice as likely to have attempted suicide as those who did not. Every week, The Trevor Project hears from LGBTQ youth reaching out about conversion therapy’s continued harms, and we know that legislation like New York’s existing statewide protections are the national gold standard for protecting youth from this dangerous and discredited practice. The City Council’s action will stop unnecessary litigation after the passage of statewide protections and save valuable resources that can be used to help LGBTQ residents. With ongoing support from the City Council, The Trevor Project will continue to provide crisis services to conversion therapy survivors and other LGBTQ youth in crisis so they know they are loved, valued, and never alone.”

Senator Hoylman’s legislation, signed into law by Governor Cuomo this year, prohibits licensed mental health professionals from engaging in conversion therapy with patients under the age of 18.

If you or someone you know is feeling hopeless or suicidal, contact The Trevor Project’s TrevorLifeline 24/7 at 1-866-488-7386. Counseling is also available 24/7 via chat every day at TheTrevorProject.org/Help, or by texting 678-678.

Fabian Ellison, 22, Sought For Assault On A Police Officer 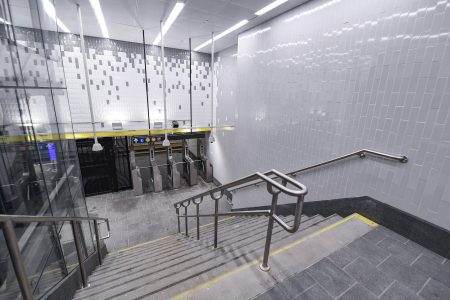