New York City FC (NYCFC) and Fidelis Care have kicked off the 2019 Youth Soccer Festival Series as part of their partnership renewal. The festivals are led by City in the Community (CITC) and South Bronx United (SBU) young leaders who are using the power of soccer to promote healthy lifestyles, connect communities and promote gender equality.

Now in the third year of the partnership, NYCFC and Fidelis Care have the shared goal of increasing access to free soccer across the five boroughs. These soccer festivals not only provide opportunities for young New Yorkers to compete in free and friendly soccer matches, they also bring communities together in a healthy and fun way. At each festival, Fidelis Care will provide medals for the winning teams, as well as sponsor the NYCFC street team and onsite player appearances.

The first festival, the “Soccer Bloc 5 Borough Tournament,” took place on Saturday, August 10 at one of the New York City Soccer Initiative mini-soccer pitches at Triborough Bridge Playground in Astoria, Queens. 20 CITC young leaders put on the Tournament, bringing together more than 50 local kids from all five boroughs who have been participating in free soccer clinics this summer.

The soccer festivals feature music, face painting and other family-friendly activities. Fidelis Care representatives will be on location to answer questions about health insurance and to help eligible residents apply for enrollment.

“Hosting these free soccer festivals in partnership with the NYCFC is a great opportunity for Fidelis Care to provide local families with healthy and fun activities,” said Chief Member Engagement Officer Pam Hassen. “Joining with NYCFC to promote the importance of healthy lifestyles and to inspire kids of all ages is central to our mission. We are here to be a resource for the community.”

The two remaining festivals will be held in the Bronx and Brooklyn:

The South Bronx Festival has been inspired by the CITC young leaders that attended this year’s streetfootballworld’s Festival 19. During the 2019 Women’s World Cup, young leaders from East Harlem traveled to Lyon, France to participate in a youth forum that demonstrates soccer’s unique position to promote gender equality. The young leaders have returned to New York City and will share their new skills with the local community at this Festival.

New York City Football Club is an American professional soccer team based in New York City that competes in Major League Soccer (MLS) in the Eastern Conference of the league. It was announced as the League’s 20th franchise on May 21, 2013 and is the first and only MLS Club located within the five boroughs of New York City. Majority owned by City Football Group (CFG), New York City FC plays its home games at Yankee Stadium, which is also home to minority owner, the New York Yankees. Now in its fifth season, New York City FC kicked off its inaugural MLS season in March 2015 and has former US National Team captain Claudio Reyna as its Sporting Director and Domènec Torrent as its coach.

Fidelis Care is a mission-driven health plan offering quality, affordable coverage for children and adults of all ages and at all stages of life. With more than 1.7 million members Statewide, Fidelis Care believes that all New Yorkers should have access to affordable, quality health insurance. For more information, please call Fidelis Care at 1-888-FIDELIS (1-888-343-3547) or visit fideliscare.org.

It All Comes Down To This 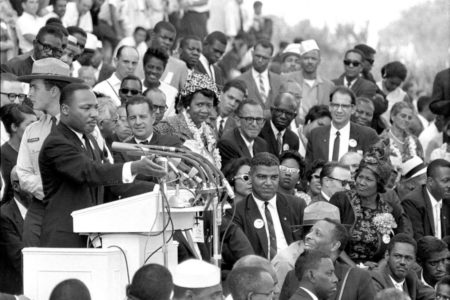