On the 12th anniversary of 9/11, a new national survey by the polling firm YouGov reveals that one in two Americans have doubts about the government’s account of 9/11, and after viewing video footage of World Trade Center Building 7’s collapse, 46% suspect that it was caused by a controlled demolition. Building 7, a 47-story skyscraper, collapsed into its own footprint late in the afternoon on 9/11. 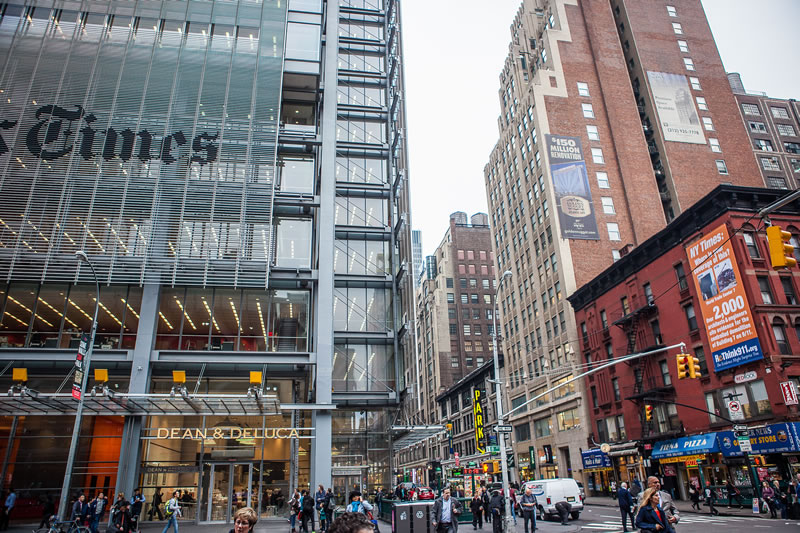 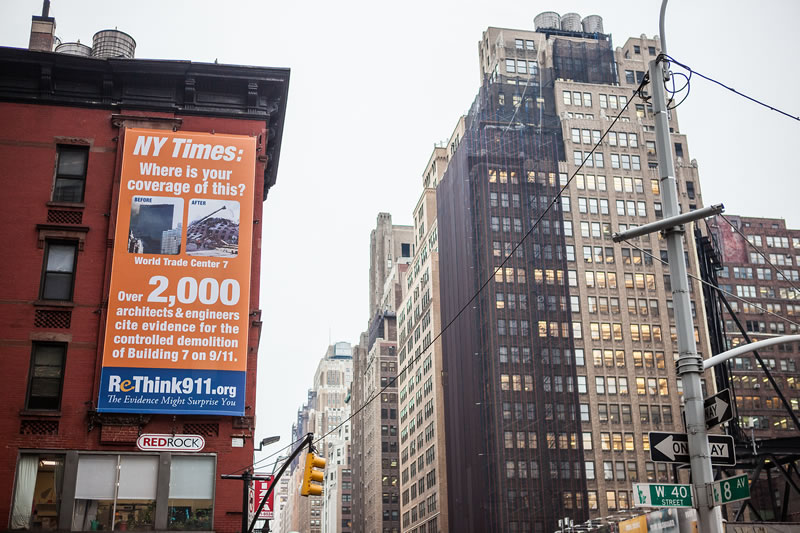 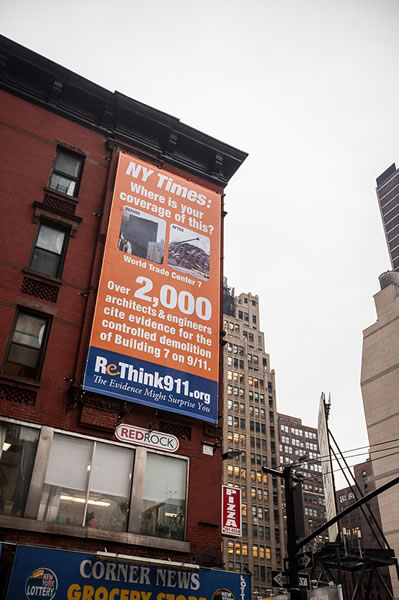 The poll was sponsored by ReThink911, a global public awareness campaign launched on September 1, 2013. The campaign includes a 54-foot billboard in Times Square and a variety of transit and outdoor advertising in 11 other cities, all posing the question, “Did you know a third tower fell on 9/11?”.

Among the poll’s findings:

“The poll shows quite clearly what we already knew. Most people who see Building 7’s collapse have trouble believing that fires brought it down,” said Richard Gage, a member of the American Institute of Architects and founder of Architects & Engineers for 9/11 Truth, the campaign’s major sponsor. “It simply doesn’t look like a natural building collapse, and that’s because all the columns have been removed at once to allow it to come down symmetrically in free-fall. The evidence of controlled demolition is overwhelming. As more and more people learn about Building 7, public demand for a new investigation grows. People want the truth.”

According to the National Institute of Standards and Technology (NIST), normal office fires caused the failure of a single column, starting a chain reaction that brought Building7 down. More than 2,000 architects and engineers have signed the Architects & Engineers for 9/11 Truth petition that questions NIST’s explanation of the building’s collapse.

“Even the government’s own computer model disproves its theory. It looks nothing like the actual collapse,” said Tony Szamboti, a mechanical engineer from the Philadelphia area. “Not only that, they refuse to release the data that would allow us to verify their model. In the world of science, this is as bad as it gets. I’m glad most people can look at the collapse and see the obvious.”

The ReThink911 campaign calls for a new investigation into Building 7’s collapse, as well as the destruction of the Twin Towers. The YouGov poll and the ad campaign were financed with more than $225,000 in donations from thousands of supporters.

Visit ReThink911.org to download the full poll results. All figures, unless otherwise stated, are from YouGov, PLC. Total sample size was 1194 adults. Fieldwork was undertaken between August 27 – 29, 2013. The survey was carried out online. The figures have been weighted and are representative of all US adults (aged 18+).