Mayor Bill de Blasio and Rachel Loeb, President and CEO of New York City Economic Development Corporation (NYCEDC) today officially launched NYC Ferry service in Throgs Neck in the Bronx with the opening of a new landing at Ferry Point Park. The new facility extends the Soundview Route, which stops on the Upper East Side, in Midtown, and the Financial District. As of today, the route, now starts at the new landing in Ferry Point Park and continues to existing stops in Soundview, E. 90th Street, 34th Street, Stuyvesant Cove, and Wall Street / Pier 11. From start to finish, the total traveling time is 60 minutes, shortening commutes for thousands of New Yorkers.

ŌĆ£NYC Ferry has become an integral part of New York CityŌĆÖs transportation system less than five years since its launch, and today we are excited to bring service to Throgs Neck to help Bronx residents reach their workplaces and other destinations faster,ŌĆØ said NYCEDC President and CEO Rachel Loeb. ŌĆ£NYC Ferry ridership has outpaced expectations since the system first launched and ridership has recovered from the CoViD crisis faster than any other mode of transit. We are proud this system is serving all five boroughs with safe, reliable, daily service, as we keep more New Yorkers with limited public transportation options moving.ŌĆØ

On the extended Soundview route, vessels will continue to run every 40 minutes during peak times, and every 60 minutes during off-peak weekday times. The winter weekend schedule has vessels arriving every 75 minutes, though this will be more frequent in future summer weekend schedules. Residents of Throgs Neck will be able to reach E. 90th Street in 25 minutes and make the trip all the way to Wall Street/Pier 11 in 60 minutes, providing a one-seat ride that will cut many current commuting times by about 30 minutes. Detailed timetables for the Soundview route, along with a map of all NYC Ferry routes, can be viewed here.

The extension of the Soundview route is part of an announced NYC Ferry expansion plan that in August 2021 added the St. George route connecting Staten Island to ManhattanŌĆÖs West Side, and will bring service to Coney Island, as well as year-round service to Governor’s Island.

The new Bronx landing is situated within Ferry Point Park, where a newly upgraded free parking lot is available to riders and park users. A small electric transit vehicle will be available, with preference to seniors and people with disabilities, to shuttle riders from the parking lot to the ferry landing.

ŌĆ£A thriving city requires us to consider new, alternative modes of transportation, as well as expansion to existing modes of transportation,” said Bronx Borough President Ruben Diaz, Jr. “Ferry service in Throgs Neck will provide commuters and visitors alike, an efficient and fun way to get from point a to point b and also explore the Bronx. I thank NYCEDC and the administration for their work to expand ferry service to Throgs Neck, and I look forward to seeing this service expand in the future.”

ŌĆ£With the expansion of the Soundview ferry route into Ferry Point Park, commuters in the Northeast Bronx will now have faster and more reliable access to the Upper East Side, Midtown, and the Financial District without having to pay an exorbitant cost for convenience,ŌĆØ said Bronx Borough President-elect Vanessa L. Gibson. ŌĆ£This ferry line expansion is also another step forward towards decreasing transit deserts in our city and achieving greater transportation equity in our borough for residents that need it the most. I want to thank Mayor Bill de Blasio, the New York City Economic Development Corporation, Bronx Borough President Ruben Diaz, Jr., and transportation advocates for their work on this project and I look forward to working with the new administration in pushing for more public transportation access in the Bronx.ŌĆØ

“The residents of the Eastern Bronx have suffered for years due to a lack of transportation access, and today the City finally delivers on its promise to increase ferry service within our community. It will also provide new transportation opportunities to residents that have struggled with hours-long commute rides into Manhattan,ŌĆØ said Council Member-elect, Marjorie Velazquez.

ŌĆ£This is a proud moment for the community of Throgs Neck! The NYC Ferry will take our residents to Manhattan in under an hour. Community Board #10 remains a transit desert and we could not be more grateful to have this wonderful addition to our transportation network. Thank you Mayor de Blasio and NYC EDC for this historic achievement for our community,ŌĆØ said CB10 District Manager Matthew Cruz. 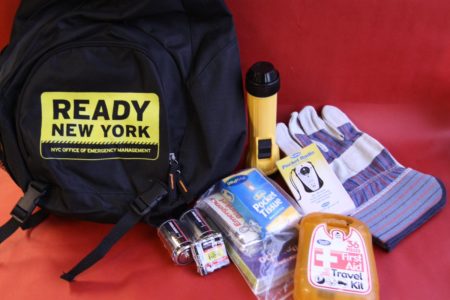 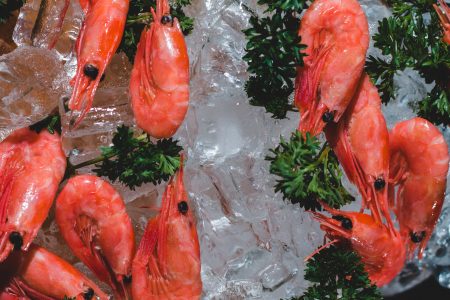