A grand jury returned a superseding indictment today charging Adam Raishani, aka, “Saddam Mohamed Raishani,” 30, of Bronx, NY, with conspiring to provide, providing and attempting to provide, and aiding and abetting the provision and attempted provision of material support to the Islamic State of Iraq and al-Sham (ISIS).

The Superseding Indictment adds charges against Raishani for allegedly facilitating another individual’s travel to join ISIS abroad in the fall of 2015.

Raishani had already been charged, in an Indictment filed on June 29, with attempting to provide material support to ISIS, by allegedly attempting to travel abroad to join ISIS himself.

Raishani was arrested on June 21, at John F. Kennedy International Airport (JFK) in Queens, NY, as he allegedly attempted to travel overseas to join ISIS.

“According to the charges, Raishani conspired to provide material support to ISIS and helped another individual travel to join the designated terrorist organization before attempting to do the same,” said Acting Assistant Attorney General Boente.

“The National Security Division’s highest priority is countering terrorist threats, and we will continue to work to stem the flow of foreign fighters abroad and bring to justice those who conspire to provide material support to designated foreign terrorist organizations.”

“I would like to thank all of the agents, analysts and prosecutors who are responsible for this case.”

“A year later, Raishani himself attempted to travel overseas to join ISIS.”

“Fortunately through the outstanding work of law enforcement, Raishani’s travel plans were detected and thwarted before he was able to inflict any further harm.”

“As we allege, Raishani not only provided support to another individual located in the US who was determined to join ISIS overseas, but arranged for his departure, and expressed disappointment for not being able to travel with that individual at that time,” said Assistant Director in Charge Sweeney, Jr.

“Along with our partners on the Joint Terrorism Task Force, we’ll continue to identify those who support terrorist organizations and their agenda in any way, as we’ve done here today.”

“Over the past several weeks, there have been a number of defendants charged with helping others travel to Syria or prepare to engage in their own Jihad,” said Commissioner O’Neill.

“This is the latest – troubling – example. My thanks for the detectives and agents whose investigation on the original Joint Terrorism Task Force here in Manhattan led to today’s arrests.”

As alleged in the Superseding Indictment filed today and the criminal Complaint initially filed against Raishani:

Also in May 2016, CC-1 posted content on a particular social media application (“Application-1”) indicating that CC-1 was living in the Islamic State and fighting on its behalf.

Between January and June of 2017, Raishani engaged in a series of meetings with an individual who was, unbeknownst to Raishani, a confidential source working at the direction of law enforcement (the CS).

In the course of those meetings, Raishani admitted to the CS that, some time ago, he had helped another person to travel overseas to join the Islamic State.

Raishani told the CS, among other things, that he took that person to JFK Airport and gave him money on the day of his departure for the Islamic State.

Raishani expressed regret to the CS at not having traveled himself to join ISIS at that time, and Raishani revealed that, as of April 2017, he was actively planning to travel abroad to join and serve ISIS.

Raishani indicated that he aspired to join ISIS in Syria and that he aimed to travel before the end of Ramadan, an Islamic holy month that ran from approximately May 26 through June 24 of this year.

ISISIn June 2017, Raishani made preparations to leave, including by paying off debts and purchasing clothing that he intended to wear for training with ISIS overseas.

On June 21, Raishani attempted to board a flight bound for Turkey (via Portugal) at JFK Airport, where he was arrested by the FBI.

The charges contained in the Superseding Indictment are merely accusations, and the defendant is presumed innocent unless and until proven guilty. The maximum statutory sentence is prescribed by Congress and is provided here for informational purposes.

If convicted of any offense, the sentencing of the defendant will be determined by the court after considering the advisory Sentencing Guidelines and other statutory factors.

Mr. Boente and Mr. Kim praised the outstanding efforts of the FBI’s New York Joint Terrorism Task Force, which principally consists of agents from the FBI and detectives from the NYPD, and the NYPD’s Intelligence Division.

Mr. Kim also thanked the Counterterrorism Section of the Department of Justice’s National Security Division, as well as the New York Office of U.S. Customs and Border Protection. 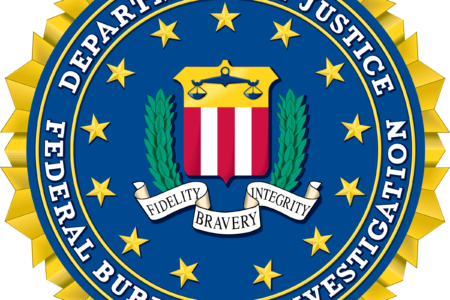