“That hereafter no State court or court of the United States shall admit Chinese to citizenship; and all laws in conflict with this act are hereby repealed. (Sec.14)”

From the Chinese Exclusion Act of 1882

“There are people who wish I wouldn’t refer to China as our enemy. But that’s exactly what they are. They have destroyed entire industries by utilizing low-wage workers, cost us tens of thousands of jobs, spied on our businesses, stolen our technology, and have manipulated and devalued their currency, which makes importing our goods more expensive – and sometimes, impossible.”

As I have previously argued, the biggest challenge before the US and the world is how to accommodate the almost inevitable technological, economic and military rise of China.

Face the facts. China has 1.4 billion people obsessed with technology and material progress. China has a several thousand year history of an emphasis on brains, focused on Confucian scholarship and Confucian obedience. The scholars were selected by grueling Imperial Examinations where the best and the brightest went on to loyally serving the state as senior officials. Today, the Confucian scholars have been replaced by tech executives and scientists. The best and the brightest are selected by the rigorous two-day GaoKao college entry exams.

Regarding President Trump, imposing massive tariffs and starting trade wars with China is a mistake. But much of what he says regarding Chinese mercantilist economics is correct. China imposes big tariffs on US imports, misdirects capital into industries like steel and aluminum, has used strong arm tactics to acquire foreign technology, and discriminates against foreign firms.

Trump quoted a tweet from Tesla’s (TSLA) Elon Musk complaining about Tesla’s treatment in China. Musk has a point. A twenty five percent tariff is levied on Tesla cars imported to China. Tesla can only build a factory in China if it has a Chinese JV partner. Due to heavy Chinese subsidies Tesla must use (inferior) Chinese made batteries. There are many other cases like this. Something needs to be done about Chinese mercantilist policies.

But I would like to think that American problems with China are not influenced by the resurfacing of the racist anti-Chinese sentiment prevailing in the US in the second half of the 19th century. Americans have forgotten about this little detail which included widespread lynchings of Chinese immigrants and the Chinese Exclusion Act of 1882. The Chinese have a habit of remembering these things. Sometimes old attitudes can hide below the surface and subconsciously influence decisions. Dealing with the rise China will be hard enough without adding any subconscious racist baggage.

The coming global upgrade in wireless communications called 5G is a really big deal. And it is also one where the US can show it is sensitive to the rise of the new China. 5G is important for the Internet of Things, the cloud, robotics, autonomous cars — just about every new technology that is on the horizon. And it is one where the protectionists can do a great deal of damage. The world currently runs in most countries on a lower standard called 4G (and 4G LTE). 5G will start to get rolled out in various countries in 2019 as the world embarks on what could be called the next great leap forward in global communications infrastructure. Unfortunately, the issues of protectionism, industrial policy and global political hegemony are woven into the 5G discussion.

Qualcomm (QCOM) played a dominant role in the crucial task of the selection of the 3G and 4G standards and the building out of needed wireless infrastructure. Countries like Japan and China, which at various junctures imposed different standards possibly to avoid paying royalties to Qualcomm, only hurt themselves. It is in nobody’s interest that rival 5G standards emerge as the result of the politics of nationalism and/or national security.

The world has changed since 4G was rolled out. First of all, most technology nowadays is dual use — military and civilian. It is global civilian demand that is largely driving the creation of new technology. Smother the civilian under a nationalist cloak of security and Galapagos style national silos and tech innovation will slow down. America (and every other country) will be the loser.

Secondly, today the US accounts for perhaps only some 7% of global mobile phone ownership. Cellphone (and mobile phone) ownership in China and India, both dwarf the US numbers. Then add in Southeast Asia,Europe, Latin America and Africa. China — and perhaps everywhere else — is now a place where many people live on their smartphones. The US does not have some divine right to control today’s mobile/smartphone world.

Unsurprisingly, an employee-owned Chinese company named Huawei has arisen over the last decade to become one of the world’s leading players in both wireless infrastructure and smartphones. Huawei has been kept out of the US on dubious national security grounds. But Huawei, has been rolling over China and increasingly the rest of the world outside the US. And Huawei is now a major competitor of Qualcomm.

Panic has now set in the protectionist camp. The yellow peril is threatening American dominance of wireless technology. Would Apple have to pay Chinese companies like Huawei for technology protected by their 5G patents? Will the comrades in Beijing be listening in to American phone calls? Isn’t designing the 5G network an exclusive American right? The Trump Administration floated the idea that the US government should take over from the private sector and run its own 5G network. That idea was greeted by universal derision and thankfully dropped.

Broadcom to the Rescue?

The techno-protectionists are not giving up. Broadcom (AVGO) has made a bid to take over Qualcomm. Broadcom is the product of the merger between two American companies, Broadcom and Avago. The new Broadcom moved its incorporation to Singapore two years ago for tax purposes and is now in the process of moving back to the US. Qualcomm, though it is still one of the world’s great tech companies, doesn’t quite have the edge that it had in the year 2000 when it was king of CDMA (Code Division Multiple Access) technology, a standard that would dominate 3G. CFIUS (the Committee on Foreign Investment in the United States), the secretive American agency set up to review foreign acquisitions of American companies, has suddenly decided to review the Broadcom acquisition and has held up a Qualcomm annual meeting at which Broadcom’s candidates would have had a good chance of obtaining control.

CFIUS has recently turned down one Chinese acquisition after the other. But — as described in the last paragraph — Broadcom is not a Chinese company and will soon re- incorporate back in the US. Its CEO, Malaysian born and US educated, Hock Tan, is an American citizen as are most of Broadcom’s management and directors. Singapore for that matter is a multi-ethnic American ally and an independent country, not part of China. It is curious that CFIUS would be reviewing this at all. But alas the Broadcom CEO does have an ethnic Chinese face…

Perhaps mentioning this is unfair. There are reasons to be unenthused about this merger. Hock Tan has a reputation for cutting R&D in prior acquisitions and some fear he would weaken Qualcomm as a competitor in the 5G contest. And from the shareholders’ long run point of view I wonder if creating a super giant contributes to efficiency.

But Broadcom a Chinese trojan horse? From whence do they get this? The Congressmen representing San Diego are all alleging that Broadcom is under the control of China. I suspect there are similar views harbored in the American Administration and CFIUS. With not a shred of proof.

Below, I quote a joint Qualcomm/Huawei press release dated Feb21, 2018:

“Qualcomm Technologies, Inc., a subsidiary of Qualcomm Incorporated (NASDAQ: QCOM), and Huawei today announced that they have successfully completed 5G NR Interoperability and Development Testing (IODT) based on the 3GPP Release 15 global standard. The testing, which utilized Qualcomm Technologies’ UE prototype and Huawei’s commercial 5G system, is a key milestone towards accelerating the maturity of the Release 15 5G NR ecosystem.”

Ignore the techno gobbledygook. This release shows a willingness by Qualcomm and Huawei to cooperate in implementing global 5G standards. The world is a better place when this happens. Nothing unusual here. In fact all the major companies, both Chinese and Western, have been cooperating on 5G with the aim of achieving interoperability. The major companies are in a commercial sense “frenemies.” In fact, all the major companies involved with 5G are knee-deep in China. For example Apple (AAPL), Intel (INTC), NVIDIA ( NVDA)— the list goes on. Two of Qualcomm’s major customers today are Oppo and Vivo, 4G Chinese smartphone companies which one would presume Qualcomm would like to become 5G customers. The accusation that Broadcom has some special relationship with the Chinese is intellectually dishonest. All the major companies are actively engaged in China. 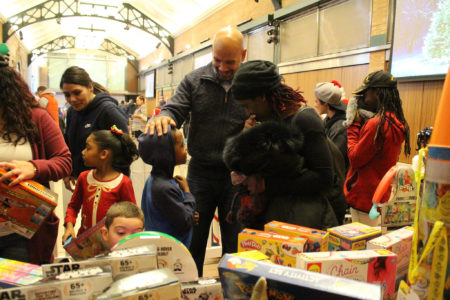 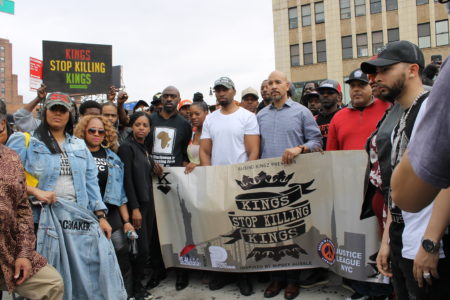