Mayor de Blasio joined rock star and environmentalist Billy Idol to announce a new anti-idling advertising and publicity campaign. The campaign is part of a larger anti-idling initiative aimed at boosting public awareness on the harmful effects of idling, expanding enforcement of anti-idling laws, and encouraging individuals to file citizen complaints. In 2018, DEP began a “Citizens Air Complaint Program” where individuals who witness and record a truck or bus idling can file a complaint online with DEP and collect 25% of the penalty, $87.50 of a $350 fine. Launching today, the public awareness campaign encourages drivers to shut off their engines to reduce idling and increase accountability for commercial vehicles. Additional information can be found at billyneveridles.nyc.

“Billy Idol never idles and neither should you,” said Mayor Bill de Blasio. “It chokes our air, hurts the environment, and is bad for New York. We’re sending a loud message with a Rebel Yell: turn off your engines or pay up.”

“I love New York City and I am delighted to lend my support to a campaign benefitting our environment. Like most New Yorkers, I am troubled when I see cars and trucks sitting idle while polluting our neighborhoods. New Yorkers are some of the most hardworking, passionate people in the world and I hope they will join me in turning off their engines. SHUT IT OFF NEW YORK!” said Billy Idol.

“We need an all hands on deck approach to stop idling throughout New York City,” said Deputy Mayor Laura Anglin. “That includes increasing enforcement, changing the behavior of our drivers, doubling down on our public education of the harmful effects of idling, and yes, enlisting the help of a rock star to ensure sure drivers remember to shut off their engine.”

“Shutting off your vehicle’s engine is one of the simplest things a New Yorker can do to help improve the quality of the air we all share,” said DEP Commissioner Vincent Sapienza. “We’re thrilled to have Billy Idol lead this campaign and remind drivers to shut their engines off!”

The City will also be adding seven air and noise inspectors to the Department of Environmental Protection to help process the increased complaints. These inspectors will focus on verifying and compiling citizen complaint filings sent to the Office of Administrative Trials and Hearings and help increase inspections of priority zones identified by 311. This builds on the efforts of Local Law 58 of 2018, sponsored by Council Member Helen Rosenthal, which expanded the citizen enforcement program. The eight priority zones identified thus far are Chinatown, Port Authority, World Trade Center, Fulton Street, Richmond Terrace, Flushing, Roosevelt Avenue, and Commercial Fordham Road. These zones will see an expansion of NYPD Traffic Enforcement Agents to educate drivers on the City’s laws surrounding idling.

These efforts will be overseen by an interagency task force comprised of individuals from the NYPD, Department of Environmental Protection, Department of Sanitation, and Department of Transportation. The task force will convene for the first time in the coming weeks to discuss further tactics to curb idling pollution.

Overall air quality in New York City has improved dramatically over the last decade, primarily driven by the City’s regulations phasing out the use of the most polluting home heating oils. However, emissions from the transportation sector, primarily cars, buses, and trucks, contribute a significant amount of pollution to the air across the five boroughs.

Every year, motor vehicles contribute approximately 11 percent of the local fine particulate matter and 28 percent of the nitrogen oxide emissions. High levels of fine particulate matter, nitrogen dioxide, and nitric oxide continue to be observed in areas of high traffic density, building density, and industrial areas, including South Bronx, Western Queens and Northern Brooklyn. These pollutants have been linked to adverse health outcomes, including an exacerbation of cardiovascular and respiratory disease.

“The NYPD is supporting New York City’s plan to reduce unnecessary engine idling by deploying additional enforcement agents to the areas where complaints have been the highest,” said NYPD Chief of Transportation William T. Morris. “Motorists should be aware of the negative environmental impacts that unnecessary engine idling has on our communities, and also be aware of the monetary fine associated with this violation.”

“Every New Yorker deserves to breathe clean air,” said Daniel Zarrilli, NYC’s Chief Climate Policy Advisor. “That’s why we are launching a new campaign to reduce idling, a zero-cost way to save money, cut down on the carbon pollution that causes climate change, and improve air quality all over the city. This is just one more way that NYC is demonstrating what a Green New Deal looks like in practice.”

“We thank Mayor Bill de Blasio for launching the City’s new campaign to combat vehicle idling,” said Cecil Corbin-Mark, Deputy Director and Director of Policy Initiatives at WE ACT for Environmental Justice. “Combined with the cumulative effect of other sources of air pollution, emissions from idling vehicles have a significant impact on the health of low-income communities and communities of color, like those we represent in Northern Manhattan, resulting in some of the highest rates of asthma in the city.”

Julie Tighe, President of the New York League of Conservation Voters, said, “Transportation emissions are the largest source of greenhouse gas emissions in New York State and every effort to mitigate pollution from vehicles is essential. So when it is Hot in the City, curbing a daily habit like sitting in an idle vehicle is integral to New Yorkers fight against climate change. We are excited to work with the Department of Environmental Protection to raise awareness of the harmful effects of idling vehicles on our environment and community.”

Rachel Spector, Environmental Justice Program Director for New York Lawyers for the Public Interest said, “New Yorkers see trucks and buses idling on the street every day, despite the law prohibiting it. But many communities – particularly low-income communities and communities of color where waste transfer stations, warehouses and school bus depots are clustered – see a disproportionate share of idling by polluting diesel vehicles. We welcome today’s announcement and look forward to working with DEP to make sure idling enforcement is targeted to neighborhoods that are most burdened by truck pollution and asthma.”

Anthony Buissereth, Executive Director of North Brooklyn Neighbors said, “Idling, like that from construction vehicles and delivery trucks, impacts the health and well-being of North Brooklyn residents. Citizen reporting empowers New Yorkers to fight back in our battle for cleaner air and holds idlers accountable. Wea are thrilled the Administration is making this investment and believe it will help all New Yorkers breathe easier. “

“The Nature Conservancy applauds the City’s efforts to address idling, a significant cause of impaired air quality across the city, especially in our most vulnerable communities,” said Emily Nobel Maxwell, New York City Program Director for The Nature Conservancy. “Improving air quality will meaningfully improve the health and wellbeing of people and nature in New York City.” 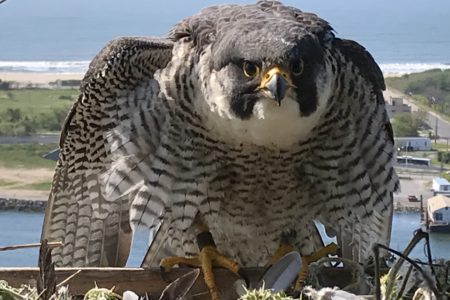 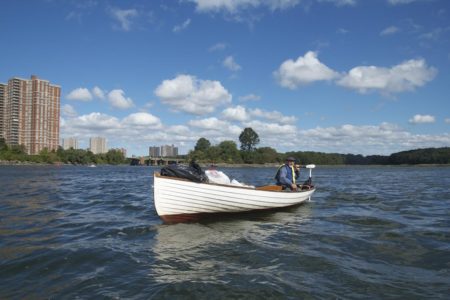