According to an article in the New York Times by Adam Liptak, “the justices gave no reason for their decision not to hear the case, which involved Amazon.com…and…Overstock.com. The two companies challenged a 2008 state law that required online companies to collect sales taxes on purchases made by New York residents.”

Ladies and gentlemen, this issue is very important because for the past ten years, I have sponsored a bill in the New York State Senate that would require credit card and debit card companies to pay New York State sales tax directly to the State (S.785-Diaz/A.157-Kavanagh).

My dear reader, you should know that New York State is losing millions of dollars a year in uncollected sales taxes. This is because the current system is complicated, inefficient and relies solely upon the thousands of vendors to voluntarilyremit sales tax to the State. New York State cannot possibly audit every vendor and the vendors know this. But processors which are paid by the vendors to deal with the issuers of credit and debit cards, and who actually get the monies from the card issuers, are far less numerous. They know the true sales and actually get money from the credit and debit card companies which include the sales taxes. It is more efficient to have these processors remit the sales taxes directly to New York State, instead of sending the taxes back to the vendors and then relying upon the vendors to timely and accurately submit the sales taxes.

You should also know, that for the past ten years, I have been given all types of excuses as to why my bill cannot become law: “the tax department doesn’t have the ability to do it,” “it’s illegal,” “we would be violating federal commerce law.”

I think the United States Supreme Court, by its refusal to hear these two cases, has put to rest some of the opposition to my bill. I don’t understand why my colleagues in the Senate and Assembly would not want to look at every viable option to improve New York State’s fiscal condition. The additional sales tax revenue collected through my bill could be used to fund all types of programs: education, senior centers, day care programs, community health centers, food pantries and soup kitchens, the summer youth employment program, the Dream Act, the list is practically endless.

The Legislature is scheduled to reconvene on Wednesday, January 8, 2014, when we will listen to Governor Cuomo’s State of the State address. There is no doubt that he will mention, however briefly, the State’s financial situation. Two weeks later the Legislature will again have an opportunity to listen to Governor Cuomo, this time for his 2014-2015 Budget Address. That is when we will really hear the specifics about how the Governor plans to raise and spend the State’s money. Would not it be nice for New York State to have additional income, without raising taxes?

I am urging my colleagues in the Senate and Assembly, on both sides of the aisle, to come together in a spirit of bi-partisan unity to pass my bill, early in the 2014 Legislative Session. Please, let’s not wait until the frantic, late-night sessions that take place every June.

You should know that New York City Mayor Elect Bill De Blasio wants to increase taxes on the rich, in order to pay for Universal Pre K. On the other hand, you should also know that Governor Andrew Cuomo does not want to raise taxes on the rich. This issue has already caused a certain amount of contention between the Mayor Elect and the Governor. My humble advice to both of them is to get on board and pass my bill. If my bill would pass the problem will be solved and everyone would come out a winner, especially the residents of  New York State that wouldn’t be hit with higher taxes. 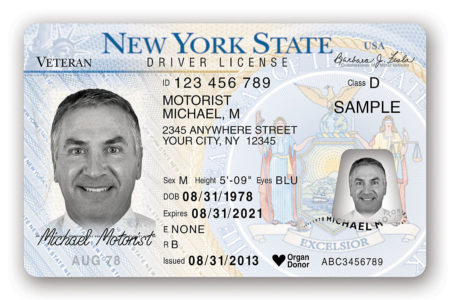