Under Operation Respect, the MTA is launching a brand-new “Mask Force” comprised of hundreds of volunteers to distribute masks directly to customers. Additionally, the state has donated another 1 million masks for direct distribution – bringing total masks being provided by the MTA to riders to 3 million to date. Wearing a face covering on public transportation is required by law under Executive Order 202.18 issued by Governor Andrew M. Cuomo effective April 17, 2020.

The multi-pronged operation also includes new public service announcements by actor and activist Rosie Perez encouraging all riders to show respect by wearing a face covering, as well as the systemwide roll out of the MTA’s Safe Travels campaign in train cars and on buses. The MTA is also launching a mask dispenser pilot program on buses alongside the continued rollout of PPE vending machines. Additionally, the MTA is deploying Bridge and Tunnel Officers on buses to monitor compliance.

“Wearing a mask is the single most important thing all our customers and employees can do to combat the spread of CoViD-19 and continue flattening the curve here in New York — and it’s the law,” said MTA Chairman and CEO Patrick J. Foye. “Every MTA customer can be a part of Operation Respect, sending a clear message that their health and safety and that of everyone around them is important.”

“The science is clear on this,” said MTA Chief Safety Officer Patrick Warren. “Face coverings help reduce the spread of germs and viruses, and we are doing everything we can to help our customers travel using this life-saving principle. The MTA system is cleaner and safer than it has ever been. Mask usage is very high right now, and we want to keep it that way.”

Beginning today, MTA employees and outside volunteers, many wearing bright yellow “Stop the Spread, Wear a Mask” T-shirts, will travel throughout the subway, bus and commuter rail system offering free masks to customers who need them. The MTA “Mask Force” is currently comprised of approximately 300 employees and outside volunteers, including top MTA officials, elected officials and their staffs, advocates, and community board members.

On the LIRR, more than 60 staff members including customer ambassadors, ticket clerks and managers will continue to assist commuters and provide free masks as part of the MTA “Mask Force.”

In the Metro-North system, train crew members will continue to provide masks to any customer who does not have one, and 75 station ambassadors at outlying stations and 25 ushers at Grand Central Terminal will also assist with the new effort. Metro-Man – a mascot of the railroad’s TRACKS rail safety awareness program – will be leveraging his newfound fame to continue to promote mask usage by fellow riders.

The Centers for Disease Control and Prevention has affirmed that face coverings are one of the most effective tools in the fight against CoViD-19, particularly when used universally within communities. Studies have shown that face coverings can significantly help reduce the risk of spread of the virus.

The MTA is making one million disposable surgical-style masks – provided by the State of New York – available for free at station booths across New York City Transit, Long Island Rail Road and Metro-North, on top of the previous two million that were donated by the State of New York and the City of New York. Free masks will continue to be available in station booths and will be deployed to buses. Masks on public transportation continue to be mandatory under Governor Cuomo’s Executive Order 202.18.

The MTA is launching a new PSA campaign from actor and activist Rosie Perez encouraging all riders to wear masks as required by law. The campaign will include audio announcements in the subway, bus and commuter rail system in both English and Spanish.

A transcript of the new PSA campaign is available below:

English: “What’s up, New York? When you’re riding a train or bus, wear a mask.  Show your fellow riders respect. And, it’s the law. Do the right thing. It’s up to us, New York.”

Listen to the announcements in English and Spanish below.

Additionally, the MTA is launching a “Safe Travels” public awareness campaign with bold messaging on a yellow background that is aimed at reinforcing proper mask usage and social distancing. View images of the campaign here.

The campaign will appear in subway cars, buses and commuter rail cars. The message of the campaign is to reinforce mask usage as the safest way to travel on public transportation. Ads appearing overhead use simple drawings to illustrate that masks should fully cover a person’s nose and mouth. Ad squares on car interior walls emphasize that masks and social distancing help stop the spread of CoViD-19.

The campaign will also use images of customers wearing masks to encourage compliance on a peer-to-peer level, leveraging technological assets such as the MTA’s systemwide digital screens and social media accounts.

As part of the campaign, variable electronic signs on MTA Bridges and Tunnels will read:

The MTA is launching a pilot program this week to install surgical mask dispensers on buses, to allow customers to receive the free face coverings conveniently as they travel. The pilot will begin Friday on the Bx12 SBS and the Bx41 SBS.

Additionally, the rollout of machines that vend personal protective equipment (PPE) in the subway system is expanding to 149 St-Grand Concourse in the Bronx and has expanded to Metro-North Railroad.

The Port Authority of New York and New Jersey and NJ TRANSIT are joining the MTA’s Operation Respect.

The Port Authority will have staffed tables during PM rush hours on July 20, 23, 27 and 30 in its Midtown Bus Terminal and George Washington Bridge Bus Station with signage reminding public to wear a mask in PA facilities and how to wear it properly. Anyone who approaches the table will be able to receive a packet of five masks.

NJ TRANSIT continues its “SAFE NJ” customer awareness campaign which focuses on high visibility signage throughout the NJ TRANSIT system, including across all social media channels, to maintain awareness of recommended best practices that ensure the healthiest and safest transit system for all. A primary focus of the “SAFE NJ” campaign reinforces the requirement to wear face coverings and the importance of wearing them properly.

In addition, NJ TRANSIT has been deploying teams of Customer Service Ambassadors at a number of stations and terminals to assist customers returning to the mass transit system. Ambassadors are reminding customers to maintain safe practices, specifically regarding the requirement to wear face coverings onboard vehicles, in stations and on platforms, and to refrain from eating or drinking on vehicles. Ambassadors are also providing masks to those who need them, and a limited supply will be available at Customer Service offices at major terminals. 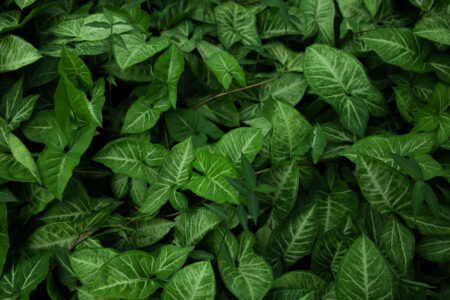 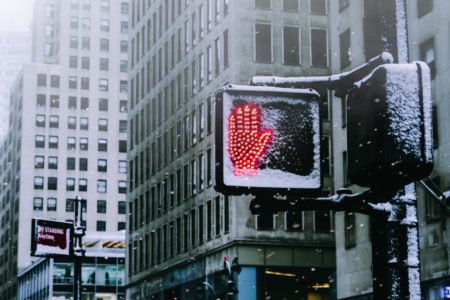