The Metropolitan Transportation Authority (MTA) today celebrated the completion of the new 42nd Street Shuttle that connects Times Square and Grant Central Terminal. The work is the centerpiece of the broader 42nd Street Connection Project, a series of major improvements to the highly-trafficked corridor. Despite the pandemic, the work was completed on time and on budget. It also includes a striking mosaic installation from world renowned artist Nick Cave.

Authority officials also used the opening of the new Shuttle service to formally launch a new ‘Welcome Back New York’ campaign that touts the benefits of mass transit as New Yorkers begin to return to work and school in the aftermath of the pandemic. The campaign includes a range of specific initiatives to entice riders to come back to the system, including the extension of discounted fares during off-peak hours until the end of the year and a new goal of doubling the number of New York City residents engaged in the City’s Fair Fares program that provides discounted MetroCards to customers in need of financial assistance.

“This project had been talked about for literally decades and now we’ve finally gotten it done,” said MTA Acting Chairman and CEO Janno Lieber. “The new, fully ADA-accessible Shuttle is easier to navigate, with straightened tracks and a single, wider platform that will allow us to run longer trains during peak hours and speed up boarding times. This is a huge win for our customers as they continue to return to the system.”

“I have been at the MTA for over thirty years and rebuilding the Shuttle has been a topic of discussion that entire time. It is amazing to finally see it get the renovation New Yorkers deserve, especially at this critical moment for the system and our region,” said New York City Transit Interim President Craig Cipriano. “I am hopeful that in the months and years ahead, daily use of the new Shuttle will eventually tick back up the roughly 80,000 customers who rode it on a typical day before the pandemic.”

“By many accounts, New York City is now the most congested city in America,” said MTA Chief Customer Officer Sarah Meyer. “That is why we are launching a campaign to encourage more people to take public transit. It is a faster, safer, cheaper and greener way to get around town. For $2.75, you can experience everything that makes New York great. Ditch your cars and ride the subway or bus as you return to the city.”

“I can tell you from personal experience that navigating the shuttle transfer before this modernization was incredibly challenging,” said MTA Chief Accessibility Officer Quemuel Arroyo. “The improvements we’re celebrating today are transformative and more accessibility upgrades are forthcoming. We are taking a phased approach to improving accessibility at 42nd Street that includes accessibility at both ends of the 42nd Street Connector – bringing us another step closer to making 100 key stations accessible.”

The transformative 42nd Street Connection Project brings straightened tracks and expanded platform space, allowing more room for customers and ensuring that shuttle access is fully accessible in compliance with ADA standards. The consolidated platform will make it easier to identify and board the next available train as quickly as possible, and simplified and extended tracks allows the Authority to run longer cars. This, in turn, increases customer capacity by 20% during peak times. Prior to the pandemic, the 42nd Street Shuttle carried some 80,000 customers daily, including upwards of 10,000 per hour during morning and evening rush periods. The project also includes free underground connection to the 42nd Street / Bryant Park Station, wider stairwells on the Grand Central mezzanine, a new street-to-mezzanine elevator at the Times Square Station, and new electrical, communications, signal and fire safety systems.

The 42nd Street Shuttle Connection Project also features the first and largest section of a striking mosaic installation by artist Nick Cave. Commissioned by the MTA’s award-winning public arts program, MTA Arts & Design, “Every One” is one piece of the larger Each One, Every One, Equal All mosaic and runs the length of the new walking transfer between the Shuttle at Times Square and Bryant Park.  ‘Every One’ is an expansive installation on the North and East walls of the 42nd Street Connector. It runs 360 linear feet and covers over 3,200 square feet. The artwork includes more than two dozen of Cave’s iconic Soundsuits, brought to life in a companion video piece of the same name. “Every One” will be displayed on eleven OUTFRONT live digital screens, centrally displayed in the 42nd Street Connector. On each quarter hour, a short digital work will be shown. The video depicts the Soundsuits, many of which can be seen in the surrounding mosaic, fully activated by the movement of dancers.

The “Welcome Back New York” campaign extolls the virtues of riding mass transit for those returning to the system after the worst days of the pandemic. Informative and at times irreverent messages will appear throughout stations, on media outlets, and on billboards throughout the region. It will also highlight the wide ranging benefits of mass transit compared to the available alternatives. As part of the campaign, the MTA also announced an extension of an extant policy that placed discounts on off-peak fares for customers on both the Long Island Rail Road and Metro-North Railroad.

The Authority will also offer businesses a sales program in which companies may purchase MetroCards in bulk to help the City’s efforts at encouraging customers to return to the system and discounts to combat climate change by encouraging mass transit use. Off-peak fares on the LIRR and on Metro-North will be in effect until December 31, 2021. Commuter rail customers using single-ride trips and ten-trip tickets can benefit from savings up to nearly 40% of the normal price depending on distance traveled. In addition, for eleven fall weekends, September 11, 2021 – November 21, 2021, monthly ticket holders will enjoy Autumn Weekends, which entitles up to four people to ride along for only $1.00 per person.

There is also Friends and Family Wednesdays, when monthly ticket holders may bring an extra person to ride for only $1.00, between September 15, 2021 and October 27, 2021. These incentives are specifically targeted at attracting customers with new telework schedules. A poignant video entitled “Opening Doors” accompanied the rollout of the new campaign. It celebrates New York’s reopening and the transit system that moves the region.

Violence In Our Streets 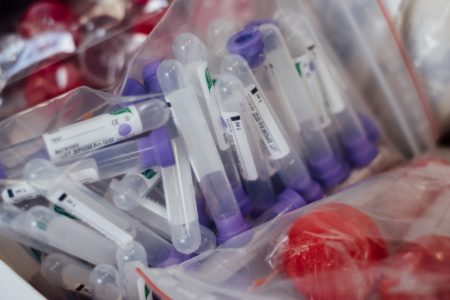 Joshua Grant, 33, Arrested For The Murder Of Lesa Whitlow, 57 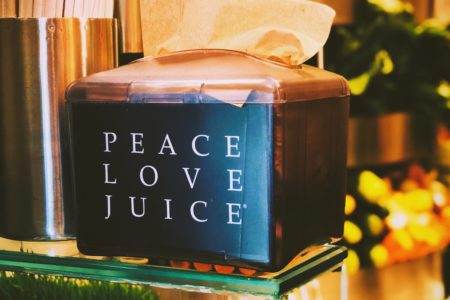