The Metropolitan Transportation Authority (MTA) today announced that the maps and schedules for the new routes of the redesigned Bronx local bus network are available online on the project’s website.

New signage will be installed at all bus stops planned to be removed as part of the bus stop balancing effort to improve travel times.

The modified routes are designed to better serve contemporary land use and population patterns that have emerged over the last several decades in the Bronx’s residential, business and cultural communities, and will be implemented on Sunday, June 26, 2022.

This week, New York City Transit (NYCT) began adding advisories at bus stops throughout the Bronx and Upper Manhattan that will no longer be served as part of the new redesigned network. Consolidating closely spaced bus stops is a key element of increasing bus speeds and improving customer travel time. These bus stop removal notices will provide customers with a QR code in which riders can scan to learn more about the new routes, new destinations and benefits that will serve hundreds of thousands of Bronx bus riders. The process of removing bus stops will begin after the redesigned network is launched on June 26, 2022.

“Faster, more reliable service in the Bronx is right around the corner” said New York City Transit President Richard Davey. “We encourage our Bronx rider to review new maps, timetables and use our trip planning tool to make the transition to updated stop locations and new schedules as smooth as possible.”

“The maps and timetables of the new local bus network will help riders gain an overall understanding of the changes and new connections as a result of the redesigned routes,” said MTA Bus Company Acting President and New York City Transit Department of Buses Senior Vice President Frank Annicaro. “An overview of the map will show that even routes that may not have changed much like the Bx19 will benefit from convenient connections with other newly streamlined routes such as the Bx36 and the Bx40/42.”

“We are working to make sure every Bronx resident knows about the changes to their bus network,” said MTA Chief Customer Officer Sarah Meyer. “There are a number of available resources at new.mta.info that we strongly encourage customers to use, and we will continue to communicate and spread awareness via digital screens and social media.”

In addition to the trip planning tool announced last month, customers can now plan a trip on the MTA homepage to see their travel options by selecting a date of June 26 or later, after the redesign is implemented. Individual bus route profile pages for Local, Limited and Select Bus Service routes are also available online, with explanations on any changes to service patterns and frequencies.

Beginning on Sunday, June 12, 2022, and continuing through the launch on Sunday, June 26, 2022, the MTA will have customer ambassadors at key bus stops in the Bronx and Upper Manhattan to explain the route changes and increase familiarity of the new bus network. The customer ambassadors will provide maps and route-specific brochures outlining the changes and highlights of the new local bus network.

Luis Cedres, 51, Arrested For The Murder Of Kashmere Davis, 27

A Mother, 17, Arrested For The Murder Of Her Newborn Child 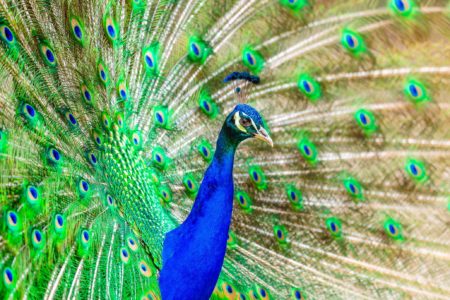 Where To Take A Date That Is New To Bronx