In the world we call Minor League Football the game is played 7 days a week 365 days a year. Once just known as a weekend hobby has become a business and a financial tool.

Like in any business, there are ones who put the hours in and pay the price in order to be the best.  These extraordinary men use football as vehicle to help young men become better adults and productive to society. One of these heroes is John Shishkowsky (pronounced Shis-Cow-Ski).  To the football world Shishkowsky is affectionately known as “JP”.  A small but eager Offensive Lineman JP was a standout at Mount St. Michaels High School. Realizing the dream of playing college ball was minute, he began his Semi-Pro career. If people didn’t gather from the last name Shishkowsky is Caucasian but growing up in a predominantly African American neighborhood was never a big deal. His entrance into adult football would prove to be a slight view of the glasses of racism. JP was told by friends that because of color and race he would not be accepted to play for a team. Looking possible ridicule and danger, John went on to tryouts and has never looked back.

In the early 1990’s JP realized his true calling and began coach Offensive Linemen for the NY Vipers. Then in 1996 believing he had found his true  place in football, looking to start his own team with some of his childhood friends is when strategy truck. John’s house was lost to fire which displaced him and his family to Hudson Valley, NY. This was extremely rough for a John a Bronx boy thru and thru. Not looking to make complaints, the following year he started coaching Pop Warner. Always looking to give back JP became a favorite and a go to guy in the Valley coaching circles. At peace working with the kids, and believing his Semi-Pro door had closed, the innovative Shishkowsky decided to make a bold move. In football rich Hudson Valley, High School football is king. John believed by putting together a team with the household names of yesteryear would bring tremendous interest. The hinge was right and in 2005 the Hudson Valley Cowboys was born. Even though the team was based about 1 hour from the Bronx, JP still was determined to bring plenty of “Wakefield” with him. Not always blessed with greatest talent, the Cowboys have been somewhat of “safe haven” for plenty of city kids. Almost what the fresh air fund does for kids, The Cowboys provided the same for young men. Shishkowsky who has unlimited recourses could probably play in bigger leagues and deal with bigger names. While JP admits his completive taste bud sometimes wishes to be quenched by the power players of the sport, he believes he true calling is at the level he’s at. Bring a football outlet to the kids who need it most. Almost playing “farther Flannigan” to those small but overachieving kids that were once him.

Shishkowsky has now moved to straight ownership of the Cowboys and is passionate to get his story across. Four years ago he started a Minor League Sports Business Owners Association   geared for owners and partners of the sport to meet and discuss measures to make the better. That conference is now a must attend event for the Minor League Masses in New York State. In 2008 Shishkowsky reached the mountain top of the sport being named to the “Minor League Hall of Fame”.  You might ask what’s next for a man with a loving family, a successful football program and is immortalized as one of the best in his sport.  John believes the next phased is making the game accepted by the mainstream.  “I believe we can do what street basketball has done” bellowed Shishkowsky who has promised big things and new announcements later in 2009 that will attribute the sports growth.

There are plenty of men like John Shishkowsky all around the country. Using numerous methods and practices to help build discipline and character in young men. John credits men like Ray Baxter of the Bronx Rebels and Billy Badson of the Bronx Bandits. JP feels these men and others have helped mold him a coach, owner, administrator, and as a man. John wants to build the next great leaders from gridiron to world. If I were a betting man, I would put the farm on John. 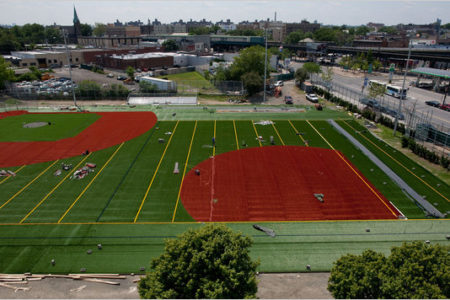