Two men armed with a large knife and machete robbed a woman and her three sons inside an apartment earlier this month in Bronx, police said Wednesday.

It happened around 3:00 a.m. on Saturday, March 4 at an apartment building on Claflin Avenue.

Police said the armed men forced their way into a first floor apartment and pulled out the knife machete on the 47-year-old woman and her sons, ages 13, 17 and 24.

The men then took three gold Figaro-style chains from the apartment and fled, police said. No one was hurt.

The suspects were seen on surveillance video entering the building.

Police describe them both as Hispanic men between the ages of 20 and 25. One was wearing a red, zip-down hooded sweatshirt and had a red and grey backpack. The other was wearing a blue top and dark pants. 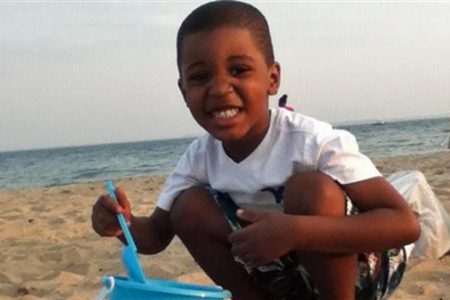