A man grabbed a teenage girl’s butt in South Bronx and threatened her with a knife before she managed to escape, police said.

The suspect approached his 17-year-old victim from behind on February 10, 2017 around 2:30 p.m. while she was in the stairwell walking to the third floor of her building near East 139th Street and Brook Avenue and grabbed her, according to police.

Video released by the NYPD shows the suspect running down a sidewalk.

Officers described the suspect as a man between 16 and 18 years old with a dark complexion, weighing between 135 and 145 pounds, standing between 5-foot-6 and 5-foot-7, and last seen in a blue coat and black jogging clothes. 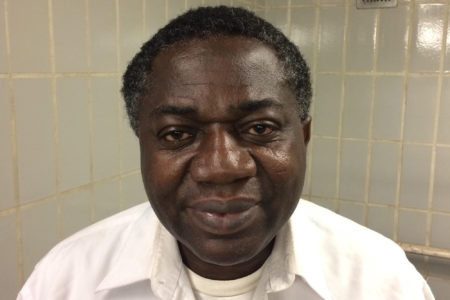