Police arrested a man Tuesday who was allegedly involved in the kidnapping and murder of a Bronx man in 2011.

Officers were initially called late at night on November 10, 2011. They responded to reports of a man being assaulted, but it was too late when they arrived.

Pedro Julio Sanchez Martinez, 44, had been shoved into a car with his attackers, who then fled the scene on Bronx Boulevard.

His body was found hours later at the corner of Ellison Avenue and Waterbury Street. He was unconscious with his hands bound behind his back.

Police arrested Alexcy DeLos Angeles, 39, Tuesday and charged him with murder and kidnapping. 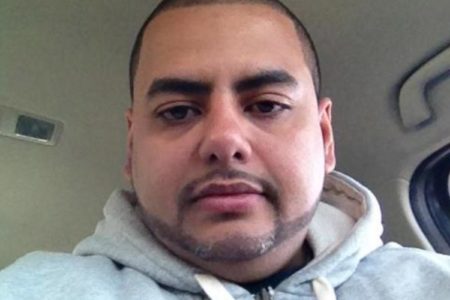