Home / News / Business / Looking Forward: What American Families Should Be Doing To Secure Their Family’s Future

Americans and their families are not prepared for their future. Almost 75 percent of them say they are completely winging it in their financial lives. This is after earlier reports suggested that less than 50 percent of them can cover an emergency expense and household debt levels rose particularly during the holidays. In fact, more than half of New Yorkers lack enough savings for emergencies and when it comes to their family’s future, one-third of people have no future financial plan. Similarly, the number of people without health insurance continues to rise. Although over 8 in 10 of them agree that life insurance is needed, almost half of them have none. Financially, families are woefully unprepared for the future in many aspects and can be doing much more to ensure both themselves and their families are protected.

Interestingly, although a majority of Americans agree on the necessity of medical and life cover, 57 percent of households have not actually taken that step according to NGLIC.com. However, finding the space in their monthly budgets to include an insurance premium can end up saving families thousands of dollars in possible medical, senior care and end of life cost later on. Depending on the care required, the cost of assisted care can average $1,958 per month or $4,576 for home care in New York. However with an annual premium of $18-$86 (dependent on age) you could secure yourself a 30 year $100, 000 life insurance policy. It is generally recommended that you secure a policy 7 to 10 times your annual salary. However, to be more accurate, think about the level of income you would need and like to provide to your spouse and children, in the event of your death or injury. Take into account expenses such as monthly mortgage payment, car payments and childcare.

Build A Safety Net For The Unexpected

The importance of emergency savings is magnified when one begins a family yet the average American household has a median balance of $4,500 or more recently, $4,830 saved. Almost 55 million of American families have no emergency savings today. Generally, saving six months worth of expenses is recommended and a minimum of 3 months worth of living expenses. If there is a sole breadwinner in the family, increase this as that person would be responsible for all the bills and injury, loss of job or death of that partner means income drops to nil. In the Bronx, rent and mortgage for a 2 bedroom single family home can range between $2,098 to $2,499 while the cost of food, travel, and utilities can easily reach $1,500 each month. This means you are looking to save a minimum of $4,000 times 3 and more if children are to be considered (daycare, clothing, and entertainment). Start with this amount as a target and build on from there.

For families with young children, thinking about their future includes thinking about their education. In 2018, parents had saved an average of $18,135 for college and that showed a great improvement. However, closer inspection revealed that one-third of families have saved more this year. Financial habits such as taking advantage of a 529 plan and starting a college fund sooner rather than later can be attributed to helping these parents achieve these goals. Similar to establishing retirement accounts, including them as a standard part of the monthly budget and automating the transfer of funds can make the process easier.

While on the topic of securing your children’s future, it is also a good idea to meet with a lawyer and financial planner for estate planning. Almost 60 percent of Americans do not have an estate plan or will, according to research from the American Association of Retired Persons (AARP) in 2017. When you do meet with your planner, one smart thing to do is to explore viable income streams such as an investment portfolio that will continue to provide some sort of income for your family in your absence. In addition, setting up a provision for the costs of raising a child can also ease the pressure on their guardian should you pass away. Finally, be sure to nail down a financial plan in the beginning and include a debt repayment plan in it. Debt is repaid from your estate when you die so any existing assets will be depleted in order to repay outstanding debts.

Thinking about the future involves a lot of guesswork and estimation but there is one thing that is certain: taking steps to protect your family’s future now will pay off later. While it can be scary to think of situations such as death or loss of income, it is better to have a contingency plan in place than be left unprepared. 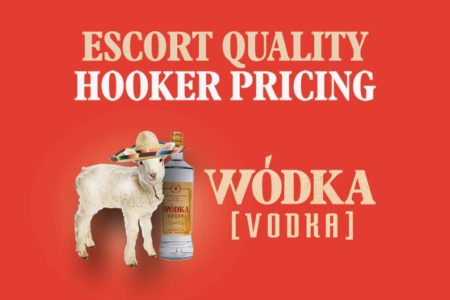