Lisa Velez of Lisa Lisa and Cult Jam has discovered the art of satisfaction. She has reached that place in her life where all the seeds she has sown are coming to fruition and budding in glorious hues.

Born and raised in Hell’s Kitchen with her 9 siblings, Lisa attributes her love of music to her mother who as a single parent managed to cultivate a strong family bond through the love of God and the love of music.

Lisa Lisa is going to share her musical artistry with her fans and fellow performers on Saturday, March 20th at 8:00 p.m., as part of Lehman Center for the Performing Arts and Sal Abbatiello of Fever Records, presentation of Forever Freestyle 4.

An admirer of Madonna and the way she doggedly pursued her career goals by making all the club scenes and meeting people who could further her career, 13-year-old Lisa Lisa also sneaked out at night to clubs like the Fun House where she met Mike Hughes who was a roadie for musicians/songwriters /producers/managers Full Force who were looking for a singer. Hughes told Lisa about the audition and as a result she became part of Cult Jam which included Hughes and Alex Moseley who was also a Full Force roadie at that time.

“The first song I recorded with Full Force and Cult Jam was, “I Wonder If I Take You Home.” It was released overseas on a compilation album and wasn’t brought back to the states until a year later. At that point, people thought we were a European band,” recalled Lisa Lisa. “I Wonder If I Take You Home” climbed into the R&B Top Ten and the UK Top 20. The group amassed a number of hit songs throughout the mid-’80s, including “All Cried Out,” “Lost in Emotion” and “Head to Toe.”

“Drummer Mike Hughes and guitarist/keyboardist Moseley had the name Cult Jam when I met them. They used to DJ parties and clubs, did jams and played old school music and underground stuff. They had a cult following and so the name kind of stuck. I was with them about 8 years. We did a lot of recordings together. I worked with them at Columbia Records as well. It was Full Force and Lisa Lisa and Cult Jam together creating and masterminding our music. We were a creative collaboration. We could have recorded 80 songs in just one session because we just let the music flow and had fun with it,” stated Velez.

Associated with Freestyle music which is primarily known for its hip hop influence, break dancing, stomping, electronic, drums and hard bass line sound, Freestyle eventually took on a Latin flavor. In fact, Lisa Lisa was the first Latina to put the sound out. Some say that Freestyle went into decline when house music took over. “I don’t think Freestyle has died. I think that radio stations just moved onto something else. Therefore, Freestyle doesn’t get the air play in the States but it is very popular overseas. But I am a singer. I love to sing so I just press on and try to succeed in whatever I do,” said the versatile singer who has a vast range, proven by her CD LL-77 which she recorded on the Pendulum label as a sole artist.

“If you turn LL-77 upside down, it says the same thing. It was an album that allowed me to share my musical language and feelings with the world. LL-77 represented feelings to me. I worked with Nona Hendryx who was my breathing coach. She taught me different sound techniques. I never had vocal training. I just came out of the womb singing,” laughed Lisa who credits Nona for improving her singing voice.

“Let the Beat Hit ‘Em” was another one of our popular songs. In fact, people are still dancing to it at clubs,” explained Lisa about the origins of the song. “Let the Beat Hit ‘Em” came about when Full Force and Lisa Lisa and Cult Jam decided to work with other producers. So when CC Music Factory came to us with “Let the Beat Hit ‘Em,” we said let’s do it! We did it in less than one day,” explained the mother of 2. “For me, its all about the flavor. If the flavor is there, I am going to do it. It’s about feelings. And, if the sound is right and feels right, I am going to do it.”

Admitting to being in the best phase of her life, Lisa Lisa is looking forward to her March 20th Bronx concert at Lehman Center for the Performing Arts, located at 250 Bedford Park Boulevard West. Fans can call the Lehman Center Box Office at 718-960-8833 or go online here for tickets. 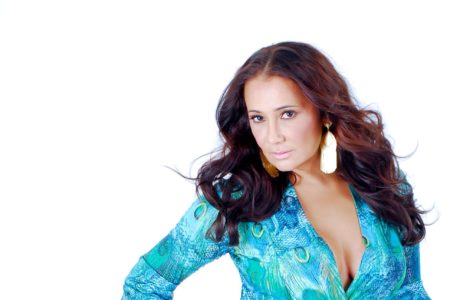 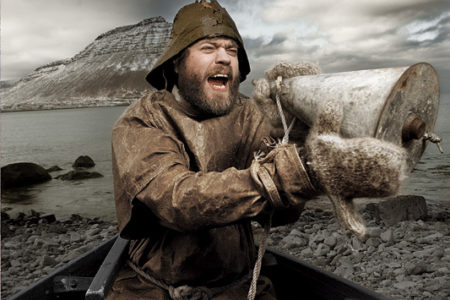