The concert begins at 2:30 p.m. and admission is free. (Donations to help defray costs are being accepted.) Tickets can be picked up at Center for the Performing Arts box office, beginning at 01:00 p.m. on the day of the concert. Reservations are available by phone at 718-960-8247 and e-mail at music.department@lehman.cuny.edu. More information could be found online here.

One of the semi-annual gala events presented by the Lehman College and Community Chorus, the upcoming “A Winter Concert” will feature the 120-member chorus performing Vivaldi’s Gloria, shorter works by Mendelssohn, Rutter, Burleigh, Handel and multicultural selections. With the winter holidays on the way, also on the program are the spiritual “My Lord, What a Mornin’”, the Spanish carol “A La Nanita Nana,” and the Sephardic Hannukah song Ocho Kandelikas For those ready to share their voices at the event, there will be a holiday sing-along with some season favorites and the traditional finale, the “Hallelujah Chorus” from George Frideric Handel’s Messiah.

Founded in 1986, the Lehman College and Community Chorus is comprised of Lehman alumni, faculty, staff and students along with residents from many communities in Bronx and across the New York metro region. Since its inception, the chorus has presented more than sixty major concerts accompanied by the Bronx Symphony and Lehman Symphony Orchestra. Members of the community are encouraged to participate: there is no fee required to join, and instruction in music reading and vocal technique are provided during rehearsals. Interested individuals can call 718-960-7795.

Soloists at “A Winter Concert” will include lyric coloratura Osceola Davis, a member of the voice faculty at Lehman College who has performed at the Metropolitan Opera and Carnegie Hall; mezzo-soprano Sarah Knott, who has performed at the National Opera Center and appeared with the Capitol Opera, Cedar Rapids Opera and the Bronx Opera; oboe soloist Ellen Bardekoff, a graduate of Julliard and principal oboe with the Bardekova Ensemble and the Bronx Symphony Orchestra; soprano Johana García Lara, a third-year honors student at Lehman College majoring in Music, who has received a scholarship to participate in St. George’s Choral Society; and bassoonist Jessica Gillespie, a graduate student at Lehman College enrolled in the Master of Teaching Music degree program.

A renowned pianist and choral conductor, Diana Mittler-Battipaglia has been Professor of Music and Choral Director at Lehman College since 1986. She has received many awards and recognitions through the course of her career, including the college’s Distinguished Service Award and the Lifetime Achievement Award from the New York State Assembly.

A senior college of the City University of New York, Lehman College is located at Goulden Avenue and Bedford Park Boulevard in northwest Bronx and is accessible by bus as well as the No. 4 and D subway lines. Attended parking is also available for a modest fee.

For directions and an up-to-date view of the Lehman campus, here is a link to a map. 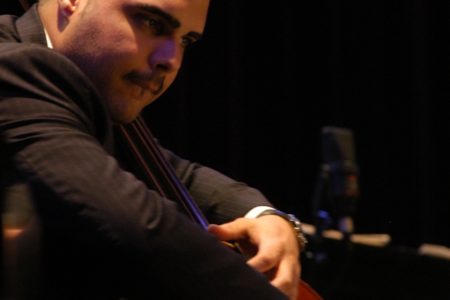