“This report supports what we continue to hear from incarcerated clients every day: that correction officers resort to abuse and brutality as a matter of course, rendering even short stays in custody both treacherous and traumatic.

“As the report shows, the facilities are more dangerous than they were when the federal court entered relief. The City has not been able to get staff back to work, nor effectively deploy staff who are at work, to stabilize the acute crisis. This is unacceptable and unconstitutional.

“The people confined in DOC need urgent, extraordinary action from the City and all criminal system stakeholders – both to decarcerate the current population, but also to address the suffering of our clients who remain forcibly detained behind jail walls.”

The report finds that levels of force and violence in New York City jails are at a historic high. The Monitor reports that “data on uses of force, fights, stabbings, and slashings among people in custody and assaults on Staff reveal that 2021 has been the most dangerous year since the Consent Judgment went into effect.” Calling the Department of Correction an agency “in crisis,” the Monitor makes clear that DOC “lacks the most rudimentary building blocks upon which progress could be built,” where “decades of poor practices has produced a maladaptive culture in which deficiencies are normalized and embedded in every facet of the Department’s work.”

A persistent and mounting failure to impose formal discipline, where “the amount of formal discipline imposed over the last five years (2,187) spanning the life of the Consent Judgment – November 2015 to June 2021 – is almost the same number of cases that are currently pending (1,917).”

The independent Monitor was appointed by the Court after Legal Aid, private firms and the U.S. Attorney for the Southern District of New York settled a lawsuit against the City demanding that New York City meaningfully address the scourge of excessive force that has long been entrenched at Rikers Island and other City jails.

The case resulted in a landmark consent decree mandating significant reforms in the use of force practices in the City jails and steps to address the systemic causes of violence. Under the consent decree, the Court retains the power to issue orders necessary to ensure that the Department of Correction is complying with terms of the agreement designed to keep people who are incarcerated safe from harm.

In response to that hearing, the Court issued an order requiring the City, among other things, to:

In addition, the order sets a timetable for reporting to the court on the implementation of these steps, including a process for appointing an outside head of security for the jails.

This year alone, 14 people have died in New York City jails, including 5, who have died by suicide. 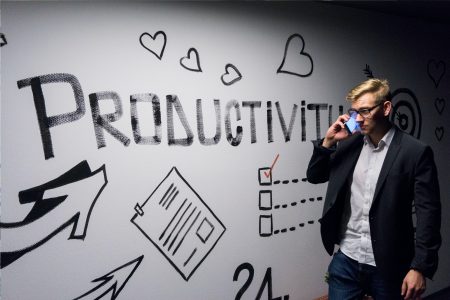 Tips For A Different Kind Of Productivity