What do eight Nobel Prize winners, five Pulitzer Prize winners, Academy Award and Emmy winners and my husband, Joseph Leon (‘46) — at one time director of the Electron Microscope Laboratory at Columbia University — have in common?

All were graduates of the Bronx High School of Science, which on April 20 held its 75th Anniversary Gala at the Waldorf-Astoria. Among the 600 festive minglers noshing on pre-dinner pastrami, pickles, coleslaw and lo-mein, were mayoral wannabe John Liu (’85), singer-actor Dominic Chianese (’48) and journalist-author Jeff Greenfield (’60) who said Bronx Science was “where you felt welcome even if you didn’t like science” and joked that former English teacher (Isabel Gordon) “was so ferocious I think she trained the people who got Bin Laden.”

E.L. Doctorow (’48) admitted to circumventing math and science “by taking a course in journalism.” Assigned to do an interview, he delivered what he modestly admitted his teacher described as “the best interview she had ever read.” His subject was the stage doorman at Carnegie Hall. “A German Jewish refugee, — a camp survivor — a sweet man who wore a blue serge jacket, came to work with a brown paper bag lunch and thermos of tea which he drank Old World style, putting a cube of sugar between his teeth.”

The audience was entranced. “He knew the music repertoire. Vladimir Horowitz, Artur Rubinstein, Jascha Heifetz all knew him…called him by his first name—Karl the Stage Door man.” When his teacher suggested sending a school photographer, Doctorow told her it was not possible, “Karl is very shy.” The teacher said, “How shy can he be, he talked to you.” Doctorow fessed up: “There is no Karl. I made him up.” The room exploded with laughter. “I accepted her judgment which was an F and went about my business, ” said the author of such bestsellers as “Ragtime,” “ The March,” “Billy Bathgate.

“Let’s face it. I don’t belong here,” said director-writer-actor Jon Favreau. “I wasn’t the best student. To understand Bronx Science you should watch [1999 teen TV show] ‘Freaks and Geeks.’ I started out as a geek went on to freak…. I was a Jewish kid from Queens who wanted to go to the School of Performing Arts but—my father told me I couldn’t. I passed the test. I was a B-B+ student…graduated from Queens College and ended up in Hollywood. [But] I can hold my own with people from all walks of life.”

Director of “Cowboy and Aliens,” the “Iron Man” franchise and actor in “Wolf of Wall Street” and “People Like Us,” Favreau recalled applying for a job as an usher at Flushing’s RKO Keith Theatre. “I was told there were no openings. I mentioned I go to Bronx Science. The guy said, ‘Stop. Wait. I’ll get you an application. It also impressed my wife’s family.”

“My parents were Holocaust survivors,” said world-renowned architect Daniel Libeskind (’65) responsible for the Jewish Museum in Berlin, the Denver Art Museum, and the Military History Museum in Dresden. “We disembarked in New York without language, without jobs, settled in the Bronx in a housing cooperative. My mother worked in a sweatshop in the garment industry. My sister didn’t speak a word of English, only Yiddish — but got into Bronx Science. She found a teacher who told her ‘You seem smart. I will teach you in Yiddish for a while and then you can catch up.’ She is the only person who got into Bronx Science by studying in Yiddish and not taking the test. An immigrant’s dream.”

“Now I’m top of the Appropriations Committee,” said 13th term Congresswoman Nita Lowey (’55). “I look back on my career in government and it is because of Bronx Science.” Seated at the piano, composer Steve Karmen (’54) informed, “I hit the road with fellow Bronx alum Bobby Darin (’53).” Creator of such classic jingles as “Nationwide is on Your Side,” and the official New York State song “I Love New York” he called out to the audience: “Is there anyone here who graduated from Bronx Science and did not go to college?” Total silence. He smiled, “I did, I dropped out after the first month.” 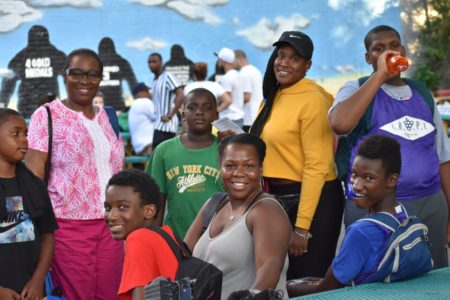 A.S.A.P Foundation Hosts Its First-Ever Back To School Drive For Youths In Harlem 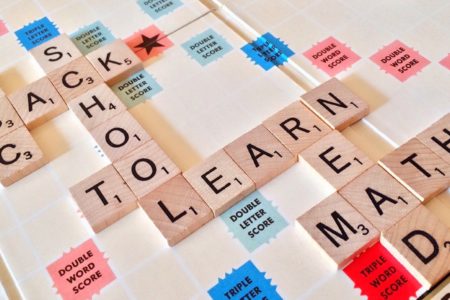