Ring 8 will also be holding a clothing drive at this meeting. Coats are being collected, in association with the Mark Breland Foundation, to donate to needy boxers.

DeGuardia has promoted former world champions such as Antonio Tarver and Lou De Valle, as well as major events including Tarver vs. Bernard Hopkins, Tarver-Glen Johnson and the complete Tarver vs. Roy Jones, Jr. Trilogy

A lawyer who graduated from Fordham University and Hofstra Law School, DeGuardia is also President of the Boxing Promoters Association (“BPA”). Star Boxing’s top fighters are junior middleweights Delvin Rodriguez, who was a participant in Ring 8’s 2011 Fighter of the Year (with Pawel Wolak), and 2008 U.S. Olympian Demetrius Andrade.

“Joe ran his father’s Morris Park Boxing Club in the Bronx and then he was a boxing manager,” Ring 8 president Bob Duffy said. “As a top promoter and president of the BPA, Joe has unique insights into the boxing industry. We’re grateful that he accepted our offer to be this month’s guest speaker and I’m sure our members will have plenty of interesting questions for Joe.”

Ring 8 was formed in 1954 by an ex-prizefighter, Jack Grebelsky, Ring 8 became the eighth subsidiary of what was then known as the National Veteran Boxers Association – hence, Ring 8 – and today the organization’s motto still remains: Boxers Helping Boxers.

Ring 8 is fully committed to supporting less fortunate people in the boxing community who may require assistance in terms of paying rent, medical expenses, or whatever justifiable need.

For more information about Ring 8, the largest group of its kind in the United States with more than 350 members, please go here. Annual membership dues is only $25.00 and each member is entitled to a buffet dinner at Ring 8 monthly meetings, the third Tuesday of every month, excluding July and August. All active boxers, amateur and professional, are entitled to a complimentary Ring 8 yearly membership. 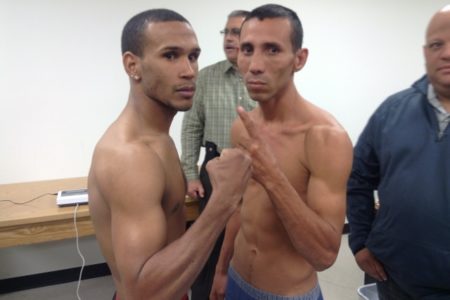