Throughout the weeks of negotiating, Jets have agreed on a three year deal for TE Jeff Cumberland.

Cumberland gets $3.7M with $1M guaranteed, without incentives.

The NYDN reported earlier this week that the team is in “serious negotiations” with Cumberland and that they wanted to retain him before free agency starts next week. Not to mention, March 8th is when the NFL’s legal tampering/negotiating begins. The legal tampering/negotiating period is when teams can talk about a deal with an unrestricted free agent, but they cannot come to terms, which is why it was very important for the Jets to close the deal on Friday night.

Weeks ago, the Jets had some discussions about bringing in Saints’ TE Jimmy Graham if he hit the open market. As expected, the Saints eventually put a franchise tag on Graham that essentially kept him off the free agency wire. With Graham being tagged, it opened up many doors for Cumberland.

This deal however, doesn’t really keep the Jets from adding another TE on the roster when free agency commences. The team has expressed interest in Lions’ Brandon Pettigrew, Ravens’ Ed Dickson and Bills’ Scott Chandler.

The Cumberland signing may have also lead to conclusions that the Jets will release TE Kellen Winslow. Winslow was involved in several legal cases that came to the point where the Jets have no choice but to cut him. 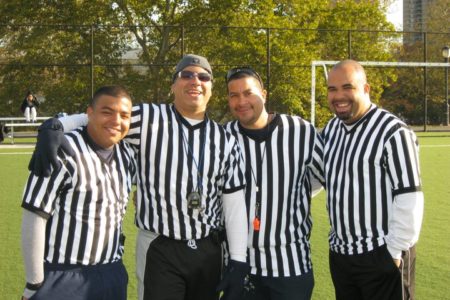