Berkeley College scholar-athlete Jeffrey Mejia, 20, of Bronx, NY, celebrated on Friday, December 2, when he received a $2,000 scholarship from the New York City Hispanic Chamber of Commerce (NYCHCC) at Maestro’s Caterers in Bronx.

A senior with a 3.4 grade-point average, earning a Bachelor’s degree in Business Administration, Mr. Mejia remarked how living as a young teen in a shelter with his mother and sister made him who he is. Basketball also has helped shape his life since he started playing while in middle school. Today he plays a guard position on the national-champion Berkeley College Men’s Basketball Team. This season he has started and played in all of the eight Berkeley Knights’ basketball games, averaging 17 minutes and four assists each game. Mr. Mejia shoots 43 percent from the three-point range and 78 percent from the free throw line.

Mr. Mejia, who was born in the United States, but returned with his family to live in the Dominican Republic until he was age 9, has learned to appreciate every opportunity that comes his way. At that time, he said his mother chose to leave an abusive situation and return to the United States with her son and his younger sister.

His road to success was filled with obstacles as he and his family returned to the United States, lived with extended family for several years, and then in a shelter for a year or so. “That experience helped me a lot,” said Mr. Mejia. “It shaped me to become the person I am today and the person I am becoming.”

At age 15, he and his family found an apartment in Bronx, where he still lives, as he earns his Bachelor’s degree, plays on the basketball team, and works at an Italian restaurant near the College’s Midtown Manhattan campus. Chris Christiansen, Berkeley College Men’s Basketball Head Coach, spotted Mr. Mejia at a high school summer camp and invited him to come to workouts.

“When I met him at his basketball camp, he was the only one I recruited out of 25 players due to his tenacity. He was unselfish as a player, always keeping his teammates involved,” Coach Christiansen said. “Now he still has those same attributes. He is one of two team captains. He +attends Berkeley College in the mornings, works hard at a pizzeria restaurant in the afternoons and sometimes 12-hour shifts on the weekends, and goes to basketball practice every night.”

Mr. Mejia also finds time to give back in his community, volunteering, coaching and mentoring at the Manhattan Bible Church Youth (MBCY) group in upper Manhattan. “I like being involved in the community and enjoy any chance I have to give back,” he said.

When asked what success means to him, Mr. Mejia was quick and certain in his reply. “Happiness and stability,” he said. “Being able to hold your own by yourself, achieving whatever goals you have for yourself.”

Looking forward, Mr. Mejia expects to begin an internship next semester for a staffing and recruitment company in New York. After graduation, he wants to work for a couple of years before earning his Master’s degree. He enjoys staying active, reading and traveling.

“I wouldn’t be where I am now without the support of my family, my coaches, and my teachers,” he said. “The school in general has been supportive, and the basketball team especially, is like a brotherhood and family to me.”

This NYCHCC Scholarship Award is designed to give one scholarship on a competitive and need basis to a Berkeley College student who has a 3.0 or higher grade-point average. The student also must submit an essay that includes accomplishments, how the scholarship would help the student excel, career goals, and an interest in playing a supportive role in Hispanic business and the Hispanic community.

A leader in providing career-focused education since 1931, Berkeley College is accredited by the Middle States Commission on Higher Education and enrolls more than 8,000 students – including more than 600 international students – in its Master, Baccalaureate, and Associate degree and Certificate programs. Students can study in more than 20 career fields. Berkeley College is comprised of the Larry L. Luing School of Business®, the School of Professional Studies, the School of Health Studies and the School of Liberal Arts. The School of Graduate Studies offers a Master of Business Administration degree in Management online and in Woodland Park, NJ. 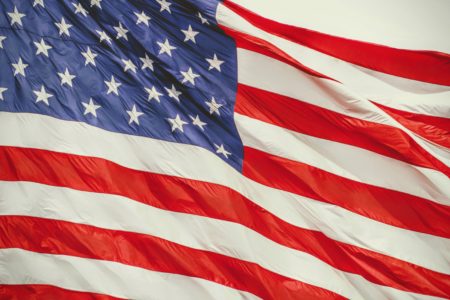